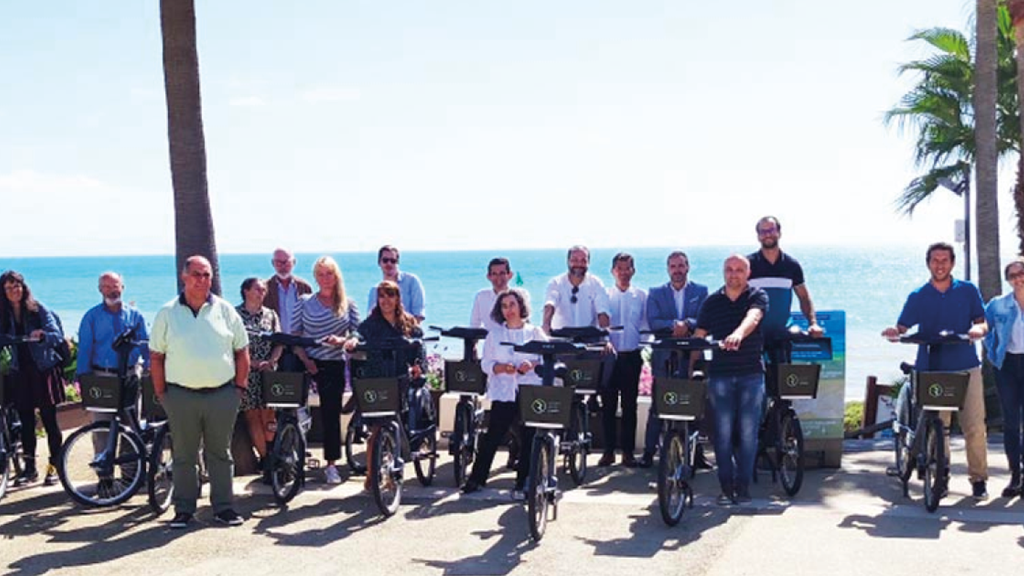 The Intermunicipal Community of the Algarve recently promoted a workshop and a visit to Lagos, which involved municipal technicians and the Norwegian partners of the project AwK - Adaptation with Knowledge, Climate Change.

These initiatives integrate the communication, awareness and exchange strands of AwK, an AMAL project through which the foundations are being laid to implement the Intermunicipal Climate Change Adaptation Plan (PIAAC-AMAL), which aims to prepare the Algarve region for climate change.

The workshop "Shape: Sharing Adaptation Plan Experience" was an opportunity to share knowledge, to better understand the reality of climate change adaptation in Norway. It also included the sharing of examples of best practices in two Algarve companies: Infralobo (where this initiative took place), which presented the "Smart Resort by InfraLobo" solution, and Infraquinta, which shared the use of its Efficient/Intelligent Irrigation System and the use of treated wastewater for irrigation. The study visit took place the next day, in Lagos, with the objective of showing the impacts of climate change and good adaptation practices that are being developed in that municipality, namely in its green spaces, in Ponta da Piedade and Meia Praia. The program also included a visit to the Bravura Dam. All these initiatives took place on the 14th and 15th of this month.

Also under the AwK project - Adaptation with Knowledge, Climate Change, the campaign "Nature does not take vacations. Algarve, time to take care of", which is the responsibility of the RTA - Região de Turismo do Algarve (a partner in the project) and the website www.algarveadapta.pt is under construction (but already available for consultation), a fundamental tool to publicize all aspects of this process: the reasons that led to the preparation of the PIAAC-AMAL, the actions that are planned, explanatory facts on the issue of climate change, among various other information related to this issue.
In addition to the RTA's campaign, which aims to raise awareness of sustainable tourism and the consequences of climate change, another will be launched, aimed at residents of the region and will be the responsibility of AMAL - Intermunicipal Community of the Algarve, an entity that together with The Norwegian Association of Local and Regional Authorities (KS) and the RTA form the group of partners in this project, funded by EEA Grants through the Environment Program.