North Atlantic Security and Defense Strategy (NASDS): A Partnership between Portugal, Iceland and Norway for the Global Security 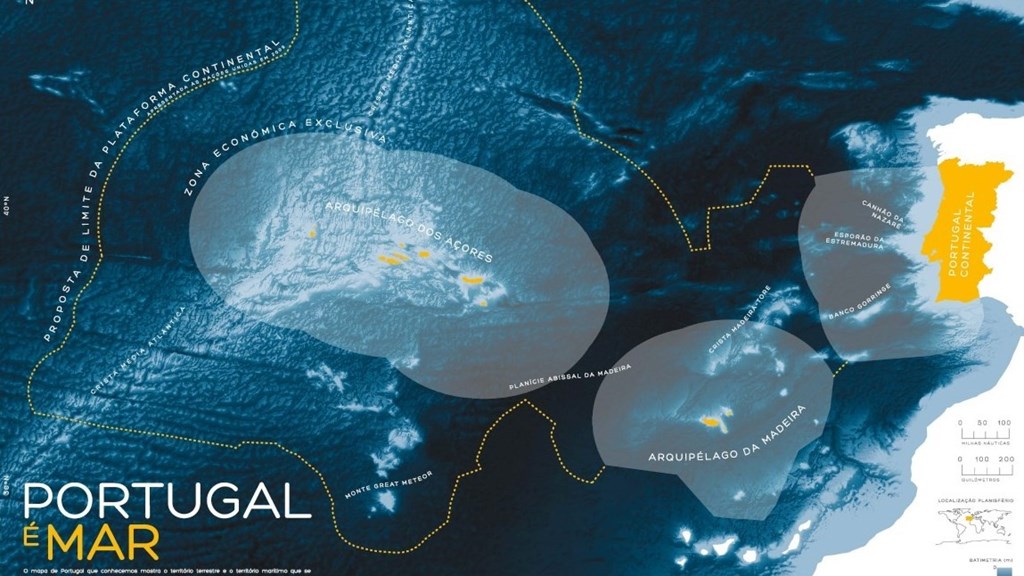 The project aims to investigate issues related to the security and defense of maritime space and maritime routes, from Arctic Ocean to North Atlantic.

The Joint Committee for Bilateral Funds (JCBF) approved the financing of the project North Atlantic Security and Defense Strategy (NASDS) submitted by the Center for Research and Development of the Military University Institute (CIDIUM)/Armed Forces General Staff (EMGFA), within the scope of the EEA Grants.

The project, supported by the Director of CIDIUM, Commodore João Paulo Ramalho Marreiros, is run by a research team coordinated by Dr. Marco Marsili, as principal investigator, assisted by Captain Lieutenant Dinis Filipe Vargas Cabrita, a professor in the area of ​​Teaching Operations Military of the IUM.

The project, defined by the JCBF as “relevant and meaningful with a clear bilateral scope, with tangible bilateral results and impact from the proposed bilateral activities”, will be carried out in partnership with the Institute of International and European Law (IIEL) of the University of Reykjavík (UR) , Iceland, and the Security Policy Center of the Norwegian Defense Studies Institute (IFS) at the Norwegian Defense University College (NDUC).

Iceland and Norway are both members of the NATO and of the Arctic Council, but are not member states of the European Union. Portugal, is a NATO and EU member country which can apply for getting the observer status as Non-Arctic State within the Arctic Council – Atlantic Ocean, in particular the North Atlantic, are among the security priorities listed in the Strategic Concept of National Defense of the Portuguese Republic.

The project aims to investigate issues related to the security and defense of maritime space and maritime routes, from Arctic Ocean to North Atlantic. These issues include the monitoring over large search and rescue (SAR) areas through unmanned autonomous systems, as well as the development of a joint maritime defense and security strategy.

Maritime areas under the sovereignty or jurisdiction of Portugal, as set forth in the United Nations Convention on the Law of the Sea (UNCLOS), include inland waters, the territorial sea, the contiguous zone, the exclusive economic zone (EEZ) and the continental shelf.

Portugal is not obliged to conduct search and rescue in this large by the UNCLOS, but is bind by the International Convention on Maritime Search and Rescue (SAR) of 1979. In total, Portugal is responsible for guaranteeing SAR in a geographical area of about 5,754,848 km2 of which 572,914 Km2 correspond to the Search and Rescue Region (SRR) of Lisbon (Mainland and Madeira) and 5,181,934 Km2 to the SRR of Santa Maria (Azores).

About partners from donor countries, their national governments signed in 2011 the Agreement on cooperation on Aeronautical and Maritime Search and Rescue in the Arctic, a legally binding instrument promoted by the Arctic Council into force since January 2013. Beyond the SAR responsibility, Arctic nations, such as Iceland and Norway, are now facing threats to security and international law connected to the maritime polar routes.

These challenges involve primarily the Arctic nations but affect also all the Atlantic states and the countries that belong to the European Economic Area (EEA), it results from the melting of the Arctic ice and the consequent increase in the months of navigability in the region. To this fact, there are territorial claims and the re-militarization of the area by Russia and the agreements with China for the transport of goods to Europe.

These challenges do not only involve Arctic nations but affect all Atlantic countries and those belonging to the European Economic Area (EEA), and are largely due to the melting of Arctic ice and the consequent increase in months of navigability in the region. To this fact, Russia claims exclusive territorial jurisdiction over large portions of the North Pole and is militarizing the region through the re-opening of bases that belonged to the Soviet Union and the facilitation of the Chinese maritime gateway to Europe (the Belt and Road Initiative also known as the “New Silk Road”).

After the summer, CIDIUM researchers will visit foreign partners in Iceland and Norway, whose teams are led respectively by Professor Dr. Bjarni Már Magnússon and Professor Dr. Katarzyna Zysk, to exchange opinions with fellows and to discuss the terms of a long-lasting collaboration.

In the spring of 2022, will be held and international workshop dedicated to the defense and security issues in the North Atlantic Ocean. This event will be hosted by the IUM and will take place in its facilities in Lisbon. The call for papers will be open to researchers, military personnel, professionals, specialists and authorities from Portugal, Iceland and Norway. Representatives from third countries, notably Arctic Council, EU and NATO Member States, are allowed to participate and assist. The conference proceedings will be published in a scientific book released by the IUM.

The final outcome of the initiative will be the publication and dissemination of a peer reviewed edited volume with the results of the workshop and the research activity, which will contain recommendations directed to political and military leaders and legislators to mitigate such risks. The publication and launch of the book are scheduled for the fall of 2022, in conjunction with the European Researchers' Night promoted by the European Commission within the Marie Skłodowska Curie Actions (MSCA) within the Horizon Europe framework, and with the Annual Research Meeting & Development in Military Sciences organized by the IUM, that in autumn next year with host also the annual conference of the International Society of Military Sciences (ISMS).

This is a great opportunity to boost civilian-military scientific research, to promote collective security and defense, and to support the Portuguese armed forces, for the benefit of the whole country and its partners and allies.