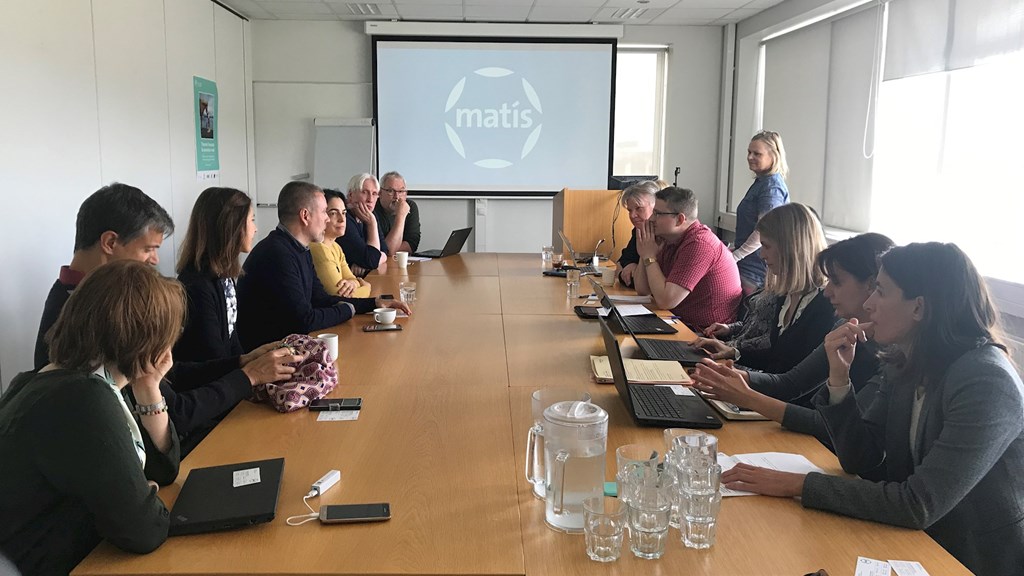 In order to promote the bilateral relations between Portuguese and Icelandic entities under the scope of the EEA Grants, a Portuguese delegation held, between June 3rd and 4th, several strategic meetings in Iceland.

On June 3rd and 4th, a Portuguese delegation, consisting of members of the National Focal Point of the EEA Grants and members of the Programme Operators, visited Iceland in order to create synergies and articulate the best way to enhance the collaboration between Portuguese and Icelandic entities.

On the first day, the Portuguese delegation, in addition to presenting the EEA Grants and the outlines of the current Financial Mechanism Programmes in Portugal, had the opportunity to learn in detail the line of action of "Promote Iceland", an entity that aims to promote the competitiveness of Icelandic companies and Rannís, an Icelandic center dedicated to research.

On the same day, a bilateral meeting was held with the Ministry of Foreign Affairs of Iceland represented by its Ambassador Kristín Árnadóttir, with responsibilities on the Gender Equality issues in that country.

The meetings and visits continued over the two days with the following entities:

The Portuguese delegation consisted of the National Focal Point and the representatives of the following Programme Operators: