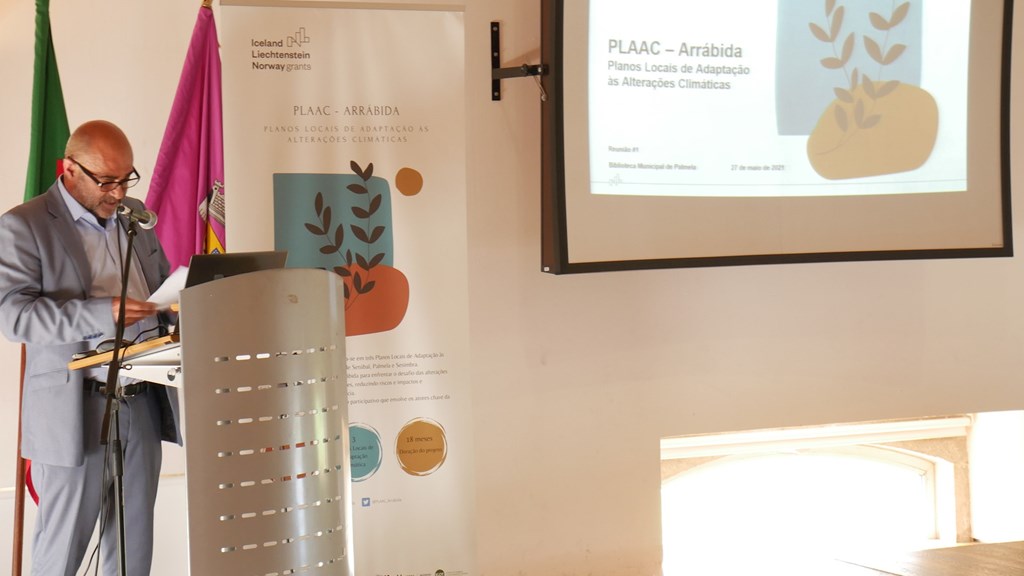 On the 27th of May, ENA organised, within the project PLAAC - Arrábida (Local Plans for Adaptation to Climate Change), the first capacity building and awareness raising action for local organisations

The project PLAAC - Arrábida, funded through the EEA Grants Environment Programme, aims at preparing the Portuguese municipalities of Setúbal, Palmela and Sesimbra to face the challenges of climate change through the elaboration of three local adaptation plans, contributing to increase the resilience and response capacity of these municipalities.

The design of the plans is a participatory process that involves key actors from the local community. This first meeting is aimed at municipal technicians directly involved in this issue, as well as those whose areas of intervention may somehow be affected by the impacts of climate change. The aim of this action is to work with the technicians, in an integrated way, in the development and implementation of the plans in the territory, acquiring methodologies, coordinating tasks and identifying local agents to be involved in the process.

The session, organized by the NOVA School of Science and Technology (FCT, NOVA University Lisbon), partner of the project, took place in the Palmela Municipal Library and was attended and was attended by about thirty technicians from the three municipalities.

Coinciding with this meeting, ENA, the project coordinator, presented the promotional video of PLAAC – Arrábida project.