BILLIG: results achieved from this initiative 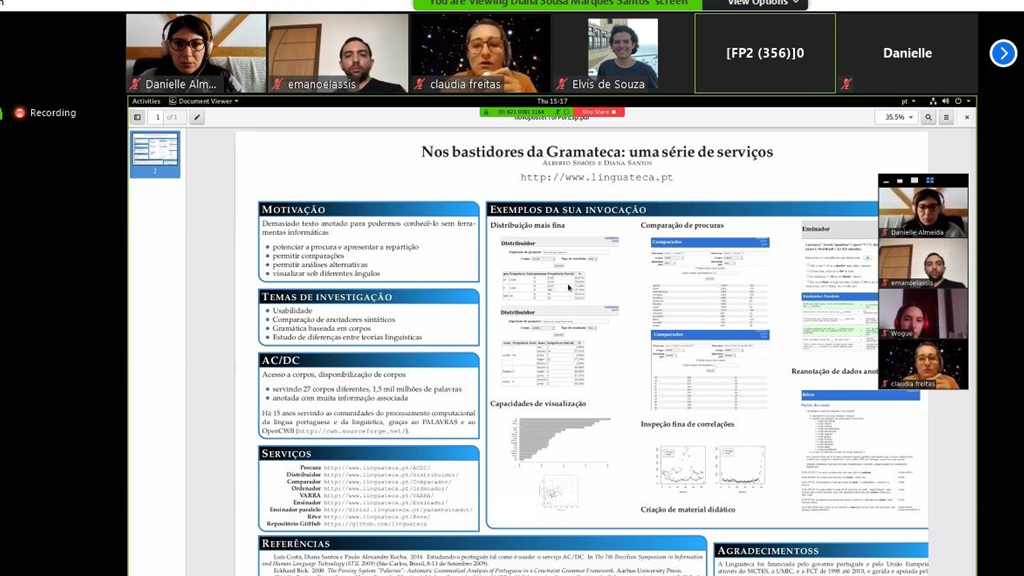 The Billig initiative was a project which had an impact on a network of researchers that went far beyond the initial teams and that contributed to the areas of Computational Linguistics, Literature, History and Digital Humanities in general

The BILLIG project was an opportunity to create synergies between two research teams, in Oslo and Lisbon, between two methodologies, Natural Language Processing and Geographic Information Systems, between two projects, the Literateca and the Atlas of Literary Landscapes, to advance in the study of literature in Portuguese available in digital format.

In this sense, it was a project that obtained replicable results in both teams and methodologies, which had an impact on a network of researchers that went far beyond the initial teams and that contributed to the areas of Computational Linguistics, Literature, History and Digital Humanities in general.

The project started in September 2019 and ended in December 2020, after an extension due to the constraints of the pandemic crisis.

During these months, an introductory course, two workshops, a development course and a scientific internship were organized which allowed the two teams to exchange knowledge and experiences on the various methodologies employed, developing new skills, namely in the area of ​​text processing and annotation by NOVA FCSH researchers, as well as in the area of ​​cartography and spatial analysis by researchers of the University of Oslo.

The organization of these events had an impact beyond the original teams, and it was possible to reach researchers from other universities in Portugal and Norway, as well as from other countries, such as Spain, France or Brazil, in a total of 54 presences.

In addition to sharing scientific knowledge and improving the methodologies used, the project team made two oral presentations at scientific events and has a third communication accepted for an international congress to be held in 2021; published an article in the proceedings of a congress, an article in a scientific journal and submitted a third article in early January to the journal Digital Humanities Quarterly, awaiting the result of the evaluation. Content review work was also carried out in Literateca and in the Atlas of Literary Landscapes, as well as created a pilot application for generating maps from literary texts to be made available soon on the Literateca website.