SG-Model: a cooperation project between the Directorate-General for School Administration and the Norwegian Ministry of Education 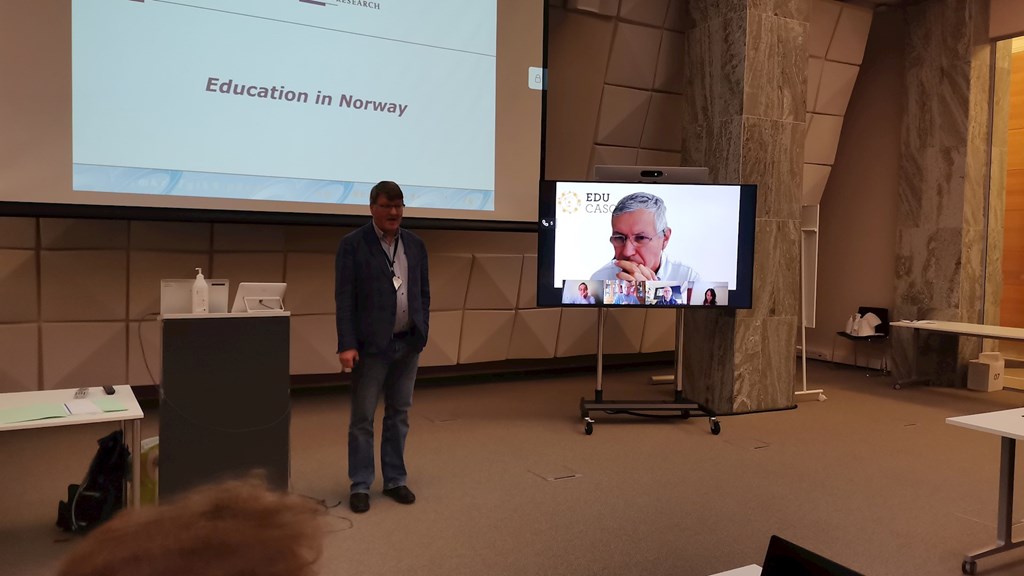 The formal launch of the Portugal – Norway bilateral initiative called SG-Model (School Governance Model), took place in the last quarter of 2021 with an online meeting between the coordination teams of the entities that make up the consortium of this project.

The SG-Model initiative is a cooperation project between the Directorate-General for School Administration and the Norwegian Ministry of Education that aims to carry out a comparative analysis of the school governance models in force in the two countries and, from this, to draw lessons that can lead to its improvement.

With a view to developing the project two national working groups were created which comprise different entities from the two countries (school principals and/or head-teachers, teachers' representatives, people in charge of liaising between central and local government bodies).

During the last quarter, several working sessions were held in which it was possible to proceed with the design and construction of instruments for the analysis of the school administration and management models in force in Portugal and Norway, an essential tool for attaining the project's outcomes.

The first face-to-face meeting of the project took place on the 2nd and 3rd of November, at the Norwegian Ministry of Education, in Oslo. This event was an opportunity to share the information produced by the national working groups, complemented by a study visit to a public school and several working meetings with the heads of the Norwegian education authorities. It was attended by the Portuguese coordination team and all members of the Norwegian working group. The members of the Portuguese working group had the opportunity to participate in an online environment.

On the 10th of December the second enlarged meeting of all the members of the two working groups involved in the project took place. The members of the Portuguese group made presentations in which they addressed their approach to the development of quality evaluation plans within their organisations, also emphasizing how they deal with the process of developing competencies, considered a key factor for improving the quality of the organization, and how they promote the development of their schools as learning organisations.