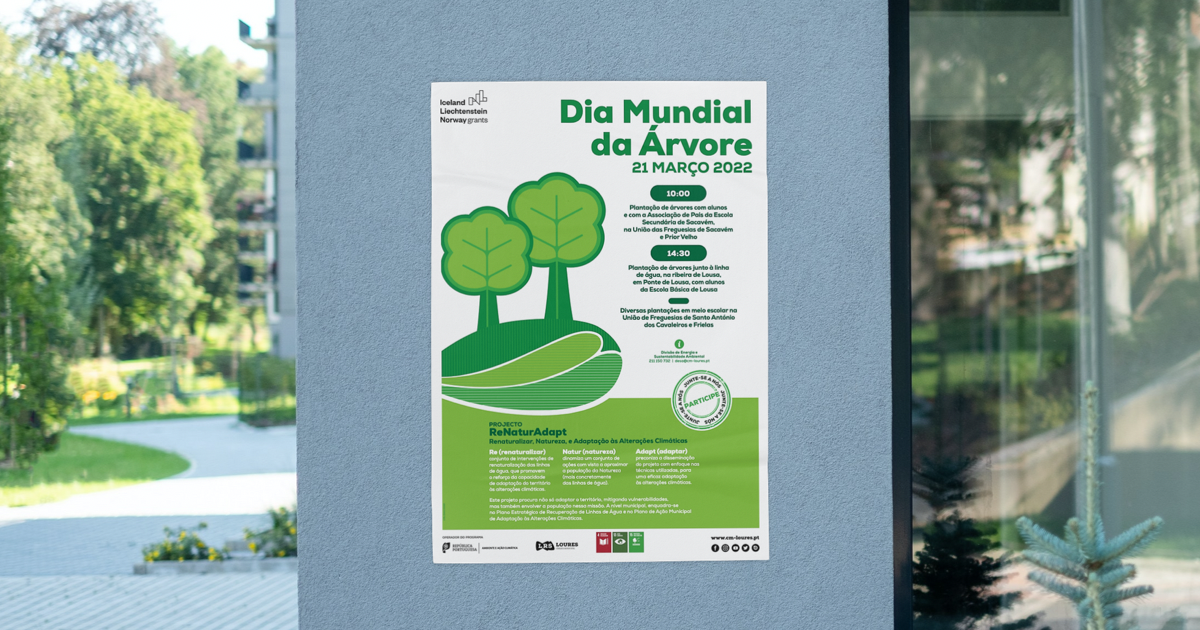 The Tree Festival became the Forest Festival when, in 1971, the FAO established the "World Forest Day" in order to raise awareness to the importance of the forest in maintaining life on Earth. The first "World Forest Day" was celebrated in Portugal in 1974, and the date was chosen on 21 March, the first day of spring, like many other countries in the northern hemisphere.

On 30 November 2012, the United Nations General Assembly adopted a resolution declaring that 21 March each year will be the International Forest Day, entrusting the secretariat in collaboration with governments and other international organisations and the UN, to organize annually the commemorations of this International Day.

Combining the "World Tree Day" with the project “Renaturadapt - Renaturalizar para Adaptar”, funded by the EEA Grants, which is based on a strategy for the sustainable development of water lines in order to combat the climate risk of floods and floods - the population is brought to the water lines and is aware of the importance of vegetation for the proper functioning of aquatic ecosystems.

The renationalisation of the riverside landscape and the creation of habitat conditions for flora and fauna, makes possible to improve the hydrological and ecological resilience of the river system. Those are considered as priority activities due to the vulnerability of the territory to climate change.