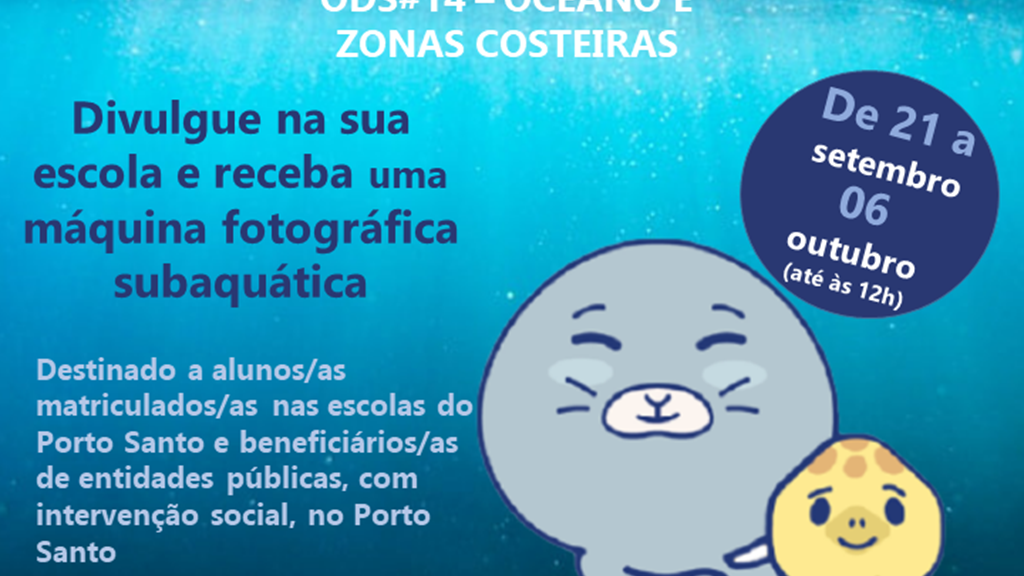 Between 21st of September and 6th of October, the amateur photography, video and painting competition took place on the island of Porto Santo.

By the 21st of September and the 6th of October, an amateur photography, video and painting competition took place in Porto Santo Island, promoted by the entities involved in the project “Porto Santo Sem Garbage Marinho” and included in the World Championship Underwater Photography and Video. The contest “ODS#14 – Ocean and Coastal Zones” is aimed at students of Porto Santo Schools, of any level of education, and beneficiaries of public entities, with representation in Porto Santo, who intervene in the social and educational level (Senior University, CAO, ...).

The art forms should give visibility to the theme, represent the impact of pollution on marine life on human health, the economy and the climate or highlight the importance of defending the planet and opting for sustainable lifestyles.

The panel of judges attended by two/two athletes from the Underwater Photography and Video World Championship, representatives of the local community and a member of the ANP/WWF. Three prizes were  awarded for each category.

Entities that disclosed and promoted the Contest among their beneficiaries and their target audience, in a proven manner, and made the respective registration, received an underwater camera.