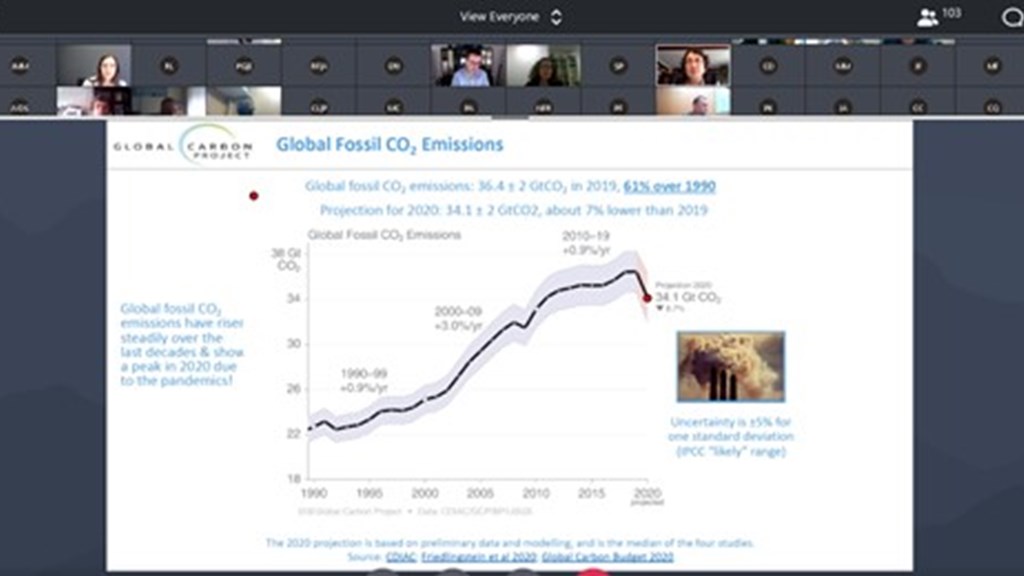 ENA organized a seminar to reflect on the climate affections in the Arrábida territory and present the project for the preparation of local climate adaptation plans (PLAAC - Arrábida) for the municipalities of Setúbal, Sesimbra and Palmela

Under the name "Arrábida facing the climate challenge", ENA - Arrábida Environment and Energy Agency, organized on April 14th, an online seminar where several academic, institutional and business personalities shared their vision and experience on the effects of climate change in the territory. This event was the framework in which ENA presented its project PLAAC - Arrábida, aimed at the development of local climate adaptation plans for the municipalities of Setúbal, Sesimbra and Palmela, in the scope of the Environment Programme of the funding mechanism EEA Grants.

The Chairman of ENA's Board of Directors, Sérgio Marcelino, who coordinated the seminar, stressed the importance of creating, when still possible, climate change adaptation solutions and ensuring their implementation in the territory, underlining that the time to act is now.

The opening of the event also counted with the presence of Susana Escária, Director of the Prospective and Planning Services of the Secretary General for Environment, entity that operates the EEA Grant’s Programme "Environment, Climate Change and Low Carbon Economy", which currently supports 56 projects in Portugal (including the PLAAC - Arrábida), 19 of which aim at providing local authorities with essential tools to fight and adapt to climate change. Susana Escária underlined the importance of this programme, 85% funded by the European Economic Area Financial Mechanism (EEA) and 15% by the Secretary General for Environment.

Starting the presentations of this Seminar, Filipe Duarte Santos, Professor at the University of Lisbon, analysed, according to a scientific perspective, the global climate changes and impacts, focusing on Portugal, highlighting the increase of the annual average temperature, the variations in rainfall patterns, the transformation of climates, the threats of erosion and the rise of the average sea level in coastal populations, also focusing on the adaptation paths followed at national level. For Filipe Duarte Santos, the current COVID-19 pandemic has shown that the environment is of critical importance in building a more sustainable future and well-being for mankind.

This vision was complemented by the presentation of Julia Seixas, Professor at the NOVA University of Lisbon, who addressed climate mitigation issues at a global and national level, drawing attention to the major challenges it poses, such as the intensification in the use of resources (raw materials, soil, water, etc.), the price of carbon, fossil energy subsidies, loss of biodiversity and the potential impact on social inequalities and the sustainability of national systems. Julia Seixas underlined the importance of enhancing the role of ecosystem regeneration and a legal framework for ex-ante evaluation of policies, plans and instruments. Finally, she pointed out ways of national climate mitigation through local policies and according to a bottom-up approach.

The seminar also included an approach to climate adaptation in a metropolitan perspective: João Telha, Project Coordinator at the Centre for Studies and Regional and Urban Development (CEDRU), presented the work developed in the PMAAC-AML (Metropolitan Plan of Adaptation to Climate Change of the Metropolitan Area of Lisbon) and the potential contributions to municipal plans such as the PLAAC - Arrábida, which follows its methodological guidelines.