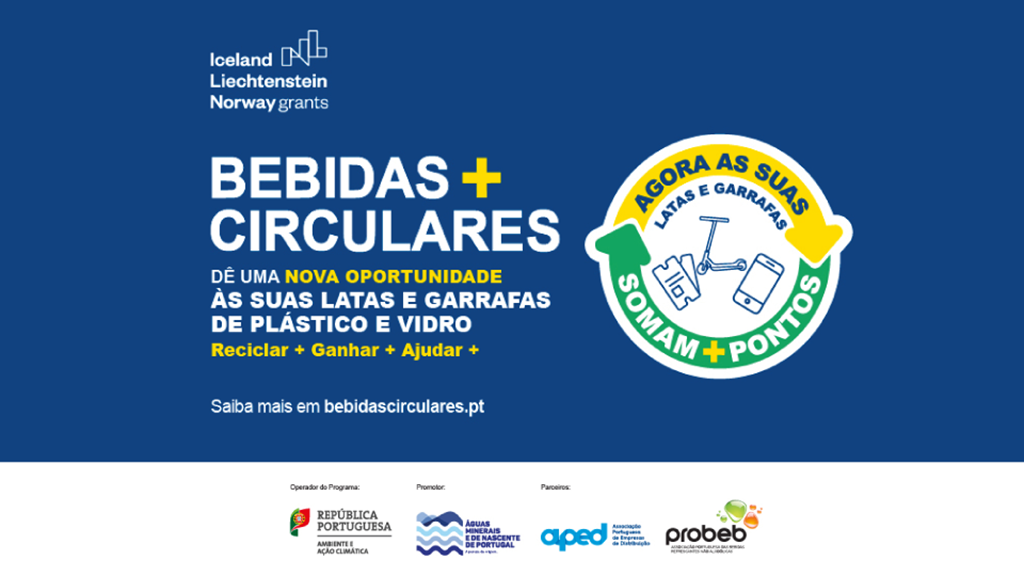 “Bebidas+Circulares” project begins a new phase: beverage packages returned at collection points are now worth points that can be exchanged for prizes

The “Bebidas+Circulares” project, which aims to promote awareness of the Circular Economy throughout the municipality of Lisbon, begins a new phase that runs until June 30, 2022.

From now on, all users who return non-reusable beverage containers at the collection machines accumulate points that can be exchanged for prizes.

In all, the project provides 10 machines that were installed in large commercial areas and in a municipal market. The machines accept PET plastic bottles, cans and also glass packages at some specific points.

All materials collected are sent for recycling. So far, 2 million packages have been collected, corresponding to approximately 150 tons of material that have already been recycled.

The project has a budget of close to 1 million euros, which is 90% financed by the “Environment, Climate Change and Low Carbon Economy” Program, created under the EEA Grants.

Learn more and check the complete regulation at: www.bebidascirculares.pt