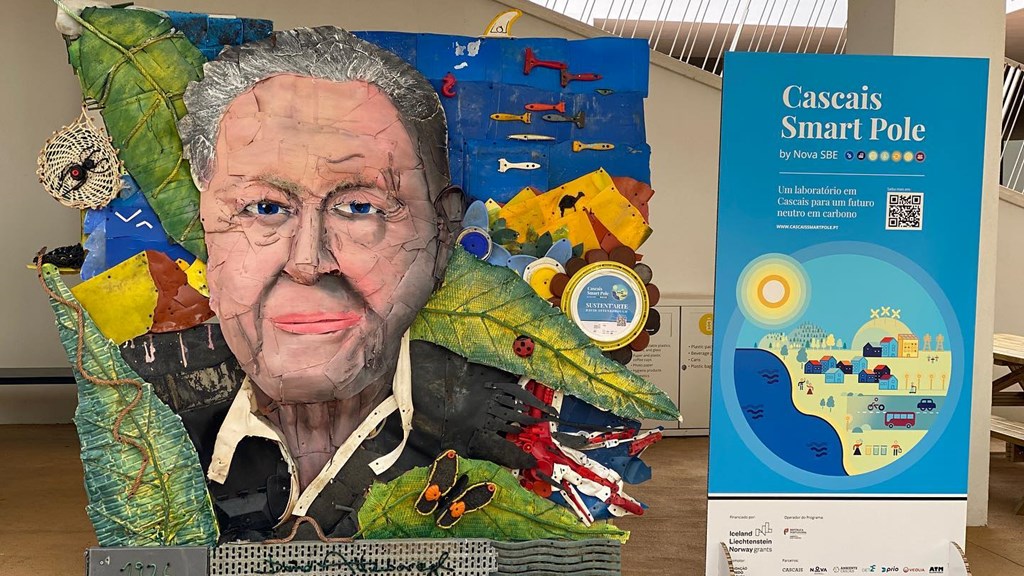 The aim of this initiative is to demonstrate that artivism is a tool that gives a voice to artists who find in art the power of messages and who reach out to people, inspiring change. It is a cultural manifestation, and culture is also one of the pillars of sustainable development.

Sustent'Arte is developed by Mar de Experiências, which will portray 6 personalities worldwide recognized for their active role in fighting climate change. The pieces in this itinerary are created with waste collected on the beach and on the banks of rivers and forests. Part of the waste used was collected on the beaches and coastline of Cascais through a coastal cleaning action organized by Cascais Smart Pole. In the collection of waste, the Cascais Smart Pole also has the support of the Voices of the Sea project of the Claro Cascais Movement, the Guincho Locals Association and Circular Economy Portugal.

The first piece of urban art features the famous British broadcaster, biologist, naturalist historian and author, David Attenborough. Until the end of the year, 5 more personalities will be presented and can be visited at the Nova SBE Campus.