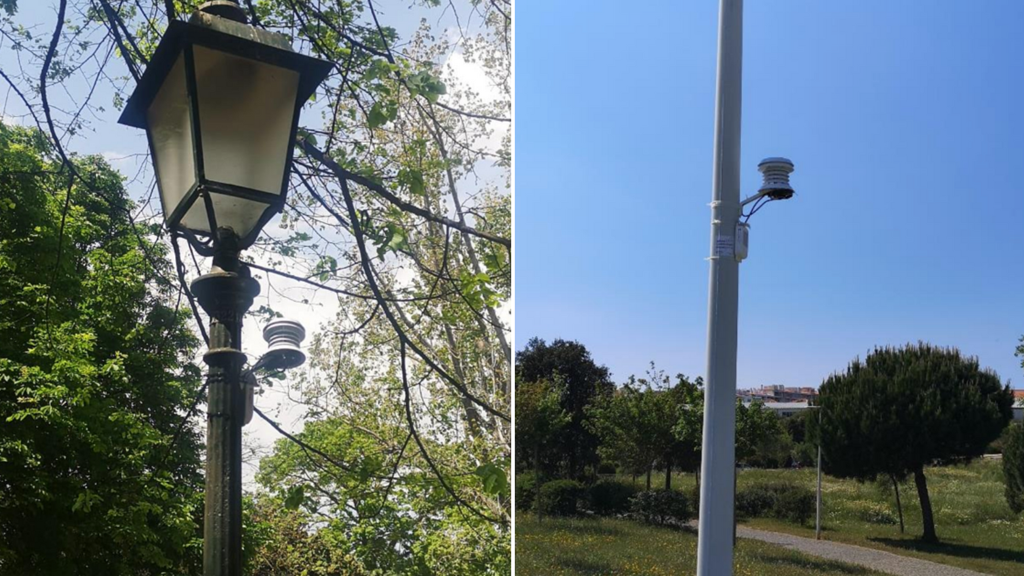 In the middle of spring, when temperatures start to rise all across the country, the Lisbon Metropolitan Area will install 16 micro-meteorological sensors to study urban heat island effects in eight green spaces of the region.

This network will support a study focused on potential areas in the Lisbon metropolitan area  susceptible to the effect of heat, and will allow the creation of methodologies to mitigate these heat  waves, replicable in the planning of adaptation to climate change in all of the 18 municipalities of the  metropolitan region.

It will also enable the development of a high spatial resolution model on urban climate variables that  will facilitate the understanding of the factors associated with the urban heat island effect. From this knowledge, scenarios of solutions based on nature can be designed to improve climate regulation.

This is also a way to protect the health of the population of the Lisbon metropolitan area and promote  their well-being and thermal comfort, increasing resilience and adaptive capacity in the community.

The study is being carried out in partnership between the Lisbon Metropolitan Area and the Center  for Ecology, Evolution and Climate Change (cE3c) of the Lisbon University.

CLIMATE.LMA - Metropolitan Meteorological Monitoring and Alert Network, which continues the  Metropolitan Plan for Adaptation to Climate Change in the Lisbon Metropolitan Area, is part of the  Environment, Climate Change and Low Carbon Economy program, operated by the General  Secretariat Environment and Climate Action, and is funded by EEA Grants 2014-2021.

The project, which has been implemented in the Lisbon metropolitan area since March 2021, will run  until the end of the first half of 2023.