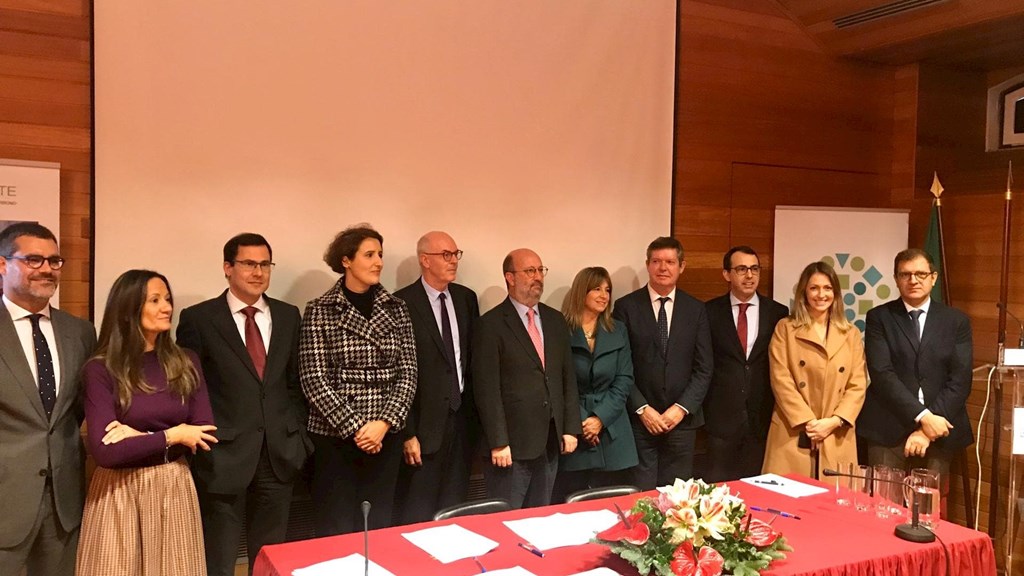 The Contract of the Pre-Defined Project was signed, on December 18th, at the ARH Center Auditorium of the Portuguese Environment Agency, in Coimbra.

The contract signing of the Project “Management of the Ceira River Water Basin facing Climate Change” was attended by the Minister of Environment and Climate Action, João Pedro Matos Fernandes, the Secretary of State for Planning, José Mendes, the Ambassador of the Royal Norwegian Embassy in Portugal, Anders Erdal and the National Managemente Unit Coordinator, Susana Ramos and the Secretary General for Environment and Climate Action, Alexandra Carvalho

The Minister of Environment and Climate Action, João Pedro Matos Fernandes, said: “We will really have a Ceira river without concrete, only using natural methods and materials, in which we will be able to have much more life in the natural ecosystem and also in the relationship of the ecosystem with the banks, because this is a river that populations always used and lived, and therefore, the social and sociological component of this intervention is of the utmost importance.”

The Project is coordinated by the Center for the Hydrographic Region of the Portuguese Environment Agency (ARH Centro | APA) and has as partners the Faculty of Engineering of the University of Porto (Department of Civil Engineering / Hydraulics, Water Resources and Environment), municipalities of the river basin region (Arganil, Góis, Lousã and Pampilhosa da Serra), the Norwegian Directorate for Civil Protection (DSB - Department of Local and Regional Risk Management) as a partner of the donor country project.

The project aims to use natural solutions to ensure the regularization of the riverbed. Based on an environmental approach, it aims to make local populations aware for mitigation and adaptation of their activities to climate change in this territory.