IPVC will contribute to change the production and consumption of plastic 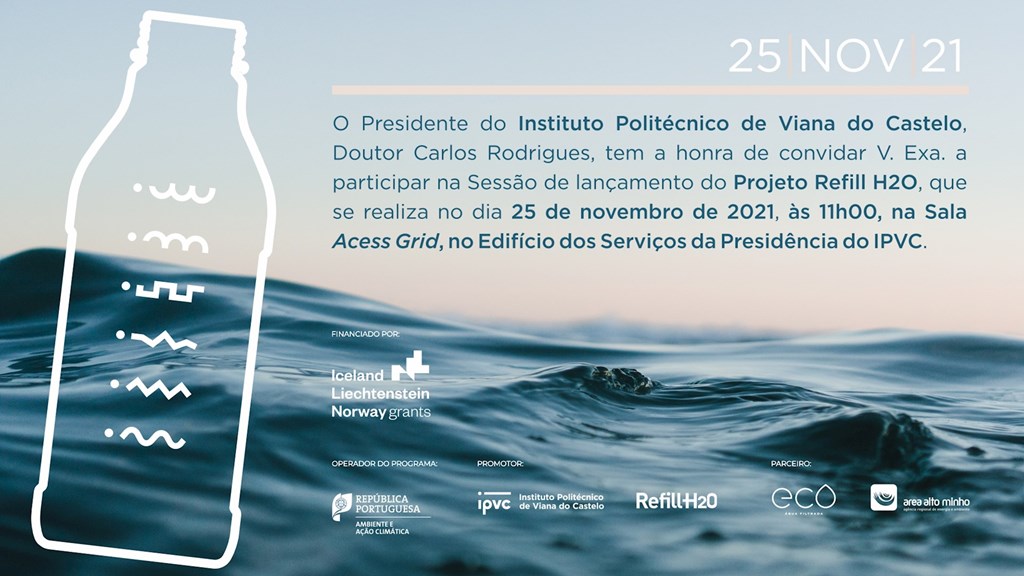 It should be noted that the IPVC Refill H2O is a project financed by EEA Grants, under the Small Grants Scheme #1 - Projects for the prevention and awareness of marine litter reduction

António Curado also mentioned that according to PORDATA data, in 2018, "there were approximately 38139 students in Alto Minho, thus estimating that the replication by all educational establishments in this territory would reduce, annually, the production of 9268 kg of plastic".

EEA Grants comes through the European Economic Area (EEA) Agreement, signed in the city of Porto in May 1992, which Iceland, Liechtenstein and Norway are partners in the internal market with the European Union Member States.

To promote a continuous and balanced strengthening of economic and trade relations, the European Economic Area Agreement established a multi-annual financial mechanism, known as EEA Grants, through which Iceland, Liechtenstein and Norway provide financial support to those European Union Member States with larger deviations from the European average GDP per capita, where Portugal is included."