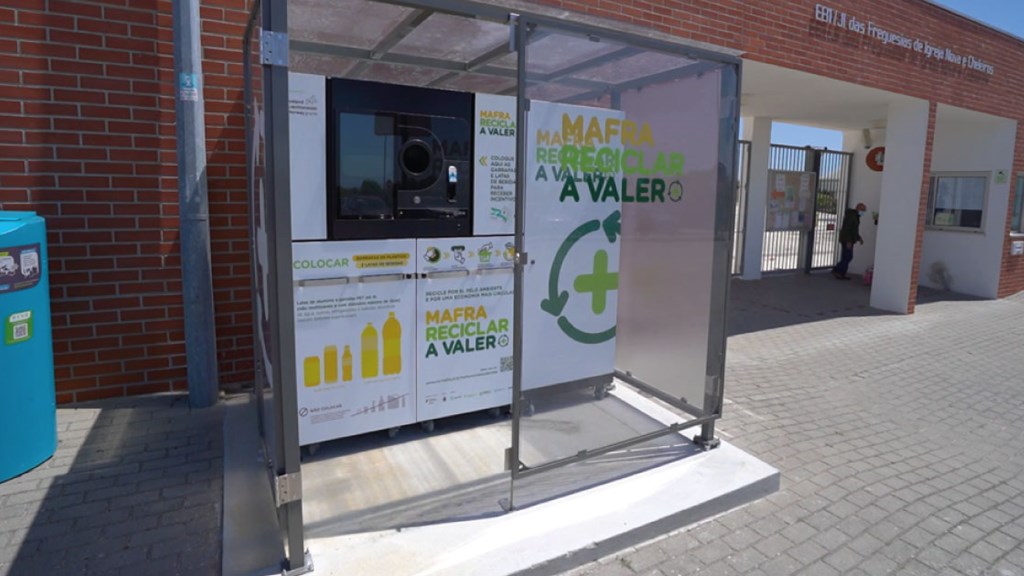 From April 2021 to June 2022, 'MAFRA Reciclar a Valer +' managed to collect more than 2.5 million used beverage packages. In total, about 71 tons of packaging were sent for recycling, with the majority being PET plastic packaging (82%), and the rest, aluminum packaging (18%).

The project was implemented by the Mafra City Council, in partnership with various entities in the sector, which contributed to the different stages of the process, including Electrão, Novo Verde, Tratolixo, Instituto Superior Técnico and 3drivers. This aimed to encourage the selective disposal of beverage packaging and contribute to a greater involvement of citizens in the recycling process. A gradual growth of citizens' adhesion was observed. Between January and March, for example, there was a 46% increase in the daily collection of packages.

For the 'MAFRA Recycle for All' program, 12 vending machines were made available, functioning as collection points located next to six schools in the municipality and distributed in six Lidl, Minipreço and Pingo Doce stores. By depositing used drink containers in these locations, consumers were rewarded with discount vouchers in the stores. The values varied according to the volume, 2 cents for packages under 0.50 liters and 5 cents for those between 0.50 liters and 3 liters. So far, the project has managed to award 90 thousand euros in incentives.

Lúcia Bonifácio, town councilor of Mafra, reminds us: "The defense of the environment is everyone's responsibility. Continue to participate by delivering your packages, since this project has continuity. The 12 machines will continue to serve the population. Recycle for yourself, for the environment and for a more circular economy.