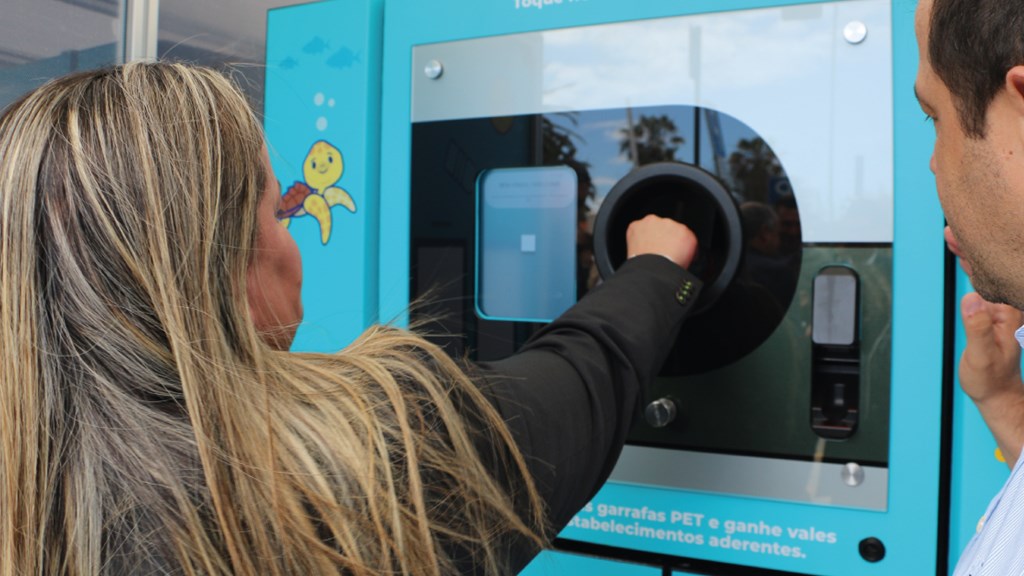 Deposit system with return to the consumer is the first in the country whose reward system is fully financed by commercial establishments.

37 commerce and catering entities from the island of Porto Santo have joined the initiative, which seeks to test new incentive models for the tare collection systems in order to overcome the drop in adhesion verified in several national models after the end of the financing contracts by the State.

The island of Porto Santo, Madeira, has inaugurated its first PET packaging collection machine, in a pioneering return system for having the reward system fully funded by commercial establishments, without state incentives. This machine was financed by the Environment Program of the EEAGrants Fund, as part of the 'Porto Santo without Marine Debris' project. Users receive discount vouchers when placing PET beverage containers in the return machine installed in one of the Pingo Doce stores (Vila Baleira), supporter of the initiative, to be used in the adhering establishments and which self-finance the discounted value on the purchased products.

"This is an innovative system in the national context. We've seen a big drop in the number of private establishments adhering to the systems that are temporarily financed by the State. With this initiative we intend to work in direct contact with the local community and with the commercial establishments of Porto Santo, ensuring co-responsibility in reducing the use and increasing the recycling of plastic waste, which has greatly contributed to pollution in the Madeira Archipelago," explains Ângela Morgado, Executive Director of ANP|WWF, Non-Governmental Environment Organization, promoter of the Porto Santo Without Marine Garbage project, which includes the launch of this pioneering system.

Involving the local community by reducing the use of plastics.

Besides the machine for collecting PET packaging, a consortium made up by ANP|WWF, AIDGLOBAL, Madeira Water and Waste, Porto Santo City Council and ARDITI - with the support of WWF Norway, the Regional Secretariat for the Environment and Climate Change and Pingo Doce - established several awareness-raising actions for the population living in Porto Santo and defined a Community Management Plan that is being developed until 2025 and that has been fundamental for the definition and monitoring of commitments in the management and reduction of marine litter originated in Porto Santo Island.

Here, commercial establishments, fishermen, educational communities, administrations and political power dialogue in public consultation sessions and the signing of transformational commitments regarding the reduction of the use of disposable plastic and the increase of recycling targets. In this line of community action, students from elementary schools in the municipality of Porto Santo will be "inspectors" of the commitments of the municipality and commercial establishments, in an educational process that aims to form even more aware citizens in the face of the scourge of plastic pollution.

"We want Porto Santo to remain in the front line to stop the escape of plastic into the ocean. We all have a responsibility to contribute to the reduction of single-use plastic and our municipality has a huge concern in ensuring the best practices to preserve the biodiversity of the island of Porto Santo and the Ocean that surrounds it", says Nuno Filipe Melim Batista, Mayor of Porto Santo.

Amílcar Gonçalves, Chairman of the Board of Directors of ARM - Águas e Resíduos da Madeira, S.A., emphasizes that "the island of Porto Santo has the potential to develop these innovative and sustainable projects that contribute to the preservation of the Madeira Region. The involvement of the Porto Santo community, especially the 37 entrepreneurs who joined the project, is for us the most remarkable of this initiative, because in fact we all have a leading role in this path towards sustainability.