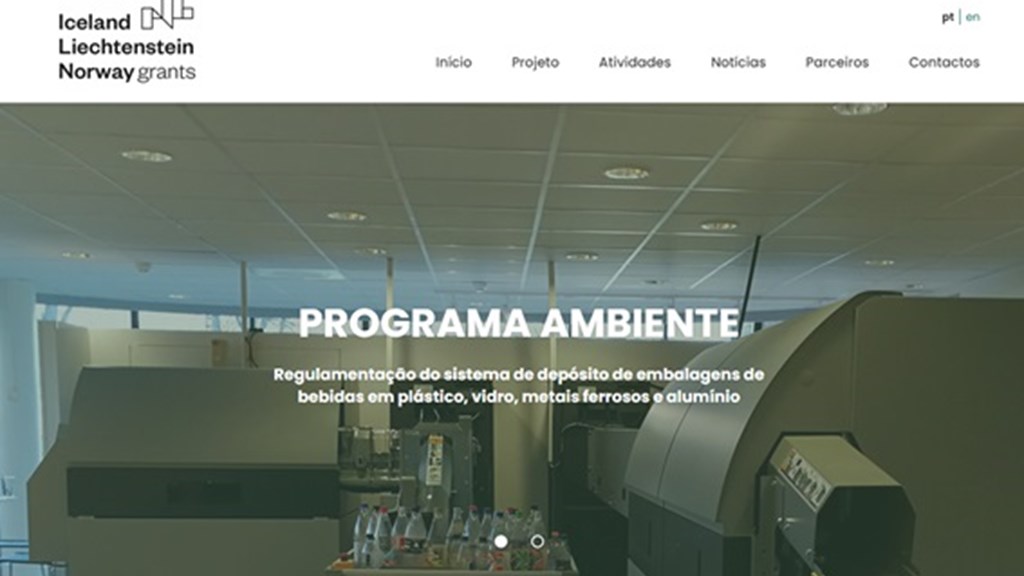 Within the scope of Pre-Defined Project 1, "Regulation of the deposit system for beverage packaging in plastic, glass, ferrous materials and aluminum" (PDP-1), two more foreseen activities were carried out on 30 November and 2 December as a result of the visit of the representatives of Innovation Norway (IN) to Portugal. The status of the development of PDP-1 was discussed.

The visit of Norwegian colleagues to Portugal is part of the intervention area entitled “Deepening knowledge”, which was scheduled for March 2020, but which had not yet taken place due to the pandemic situation related to Covid-19.

On the 30th of November, a meeting was held at the APA premises, in which, in addition to the Norwegian delegation, representatives of Portuguese Environment Agency (APA), General Directorate of Economic Activities (DGAE), General Secretariat of the Ministry of Environment and Climate Action MAAC (SGMAAC) and 3Drivers/NOWA Consortium were present. The latter is the entity responsible for preparing the "Study with Recommendations for the definition of the economic and regulatory model of the future deposit system for beverage packaging in plastic, glass, ferrous metals and aluminum”.

APA presented the current status, informing that the draft ordinance that will regulate the future deposit system is almost completed, which will be delivered to SGMAAC by the end of December, within the deadline established in the schedule.

The consortium presented the methodological approach of the study, the guiding principles of the proposed deposit system and its main characteristics, as well as its economic analysis.

IN representatives raised several questions about the proposed model and the expected date for publication of the ordinance. Some aspects that could influence the adhesion to the deposit system, its effectiveness and efficiency were also debated.

Thus, despite the delays and extension of the project deadline, the preliminary assessment allows us to conclude that the final results will be in line with what was planned.