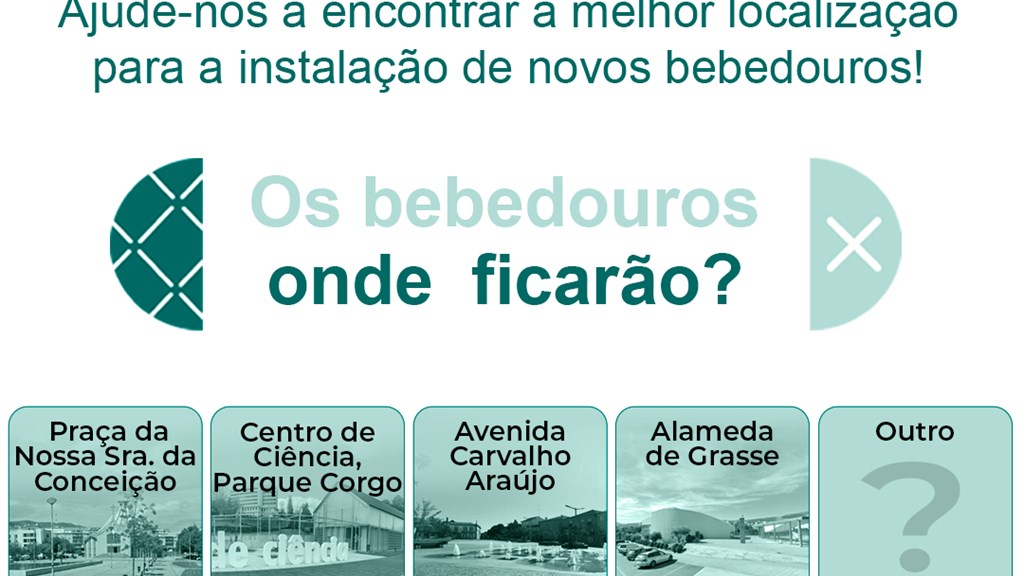 The Municipality of Vila Real, within the scope of the project “Para cá do Marão embalagens não!” will listen to the population about the location of new drinking fountains in the city, until February 22, 2021.

This is one of the project initiatives included in the Reduction action, which aims to stimulate the consumption of water from the public network, reduce the production of waste from plastic packaging and cans and also encourage the development of new economically viable and ecologically efficient products and services, thus applying the principles of circular economy.

Drinkers fountains will be developed with 100% recycled plastic and prepared to be used not only by adults, children and people with reduced mobility, but also by pets. In order to involve the local community in the development of the project, an auscultation campaign will be launched, with the aim of knowing public opinion about the most suitable places for the installation of drinking fountains.

Citizens will be able to speak out by filling out voting ballots, via phone, social media and the municipality's website. The population will be able to select between four previously identified locations and an open field for other suggestions.

This campaign will be disseminated through social networks, website and via local media: written and radio press.

The results of this consultation campaign will be announced on March 1, 2021. Project financed by Iceland, Liechtenstein and Norway, through the EEA Grants and by the General Secretariat for the Environment.