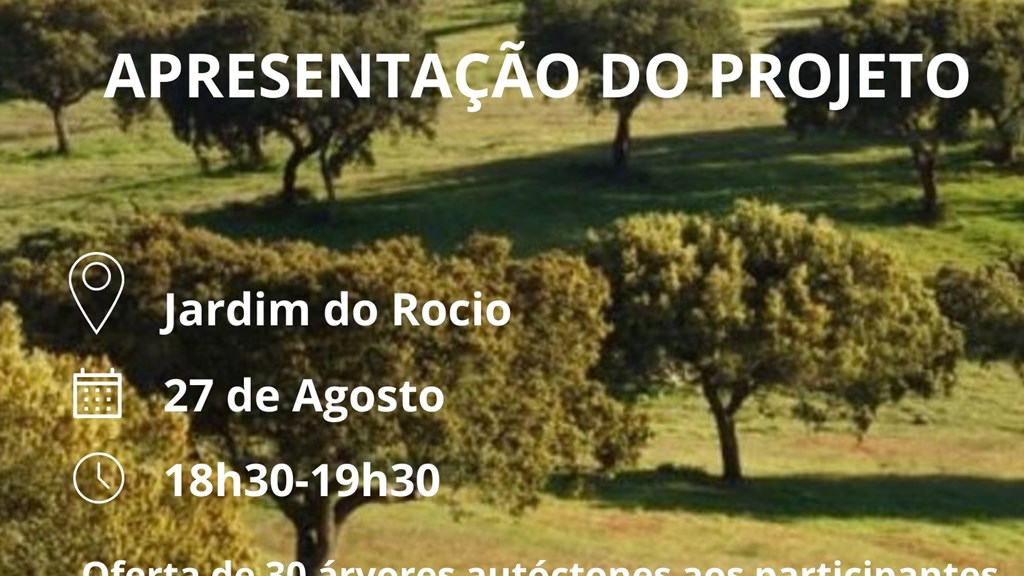 On August 27th the public presentation of the project Além Risco will take place in Viana do Alentejo.

On August 27th, at 6:30pm at the Jardim do Rocio, the public presentation of the project Além Risco will take place in Viana do Alentejo. As a symbolic gesture, a tree will be offered to each participant.

Exposure to heat waves can result in irreversible damage to health and can even lead to loss of life. No one is immune to the effect of a heat wave.

Climate models predict an increase in the magnitude, frequency and duration of heat waves throughout the country, with particular incidence in Central Alentejo. Without the adoption of preventive measures to deal with heat waves, an increase in human morbidity and mortality will be inevitable, especially among the most vulnerable populations. The Além Risco project aims to strengthen the adaptive capacity of local populations in the Alentejo to these effects.

This project, funded by EEA Grants, supported by the Intermunicipal Community of Central Alentejo and the Calouste Gulbenkian Foundation, aims to involve citizens in planting fifty thousand trees in urban agglomerations in the district of Évora, reducing the
"heat island" effect they create.

By January 2023, it is expected that 3000 trees will be planted in Viana do Alentejo: in articulation with the municipality and through the offer to citizens and entities, to be distributed through the campaign "Quero Árvores", which is planned to begin this autumn on dates yet to be announced.