Visit to the works on the bank of Ceira River 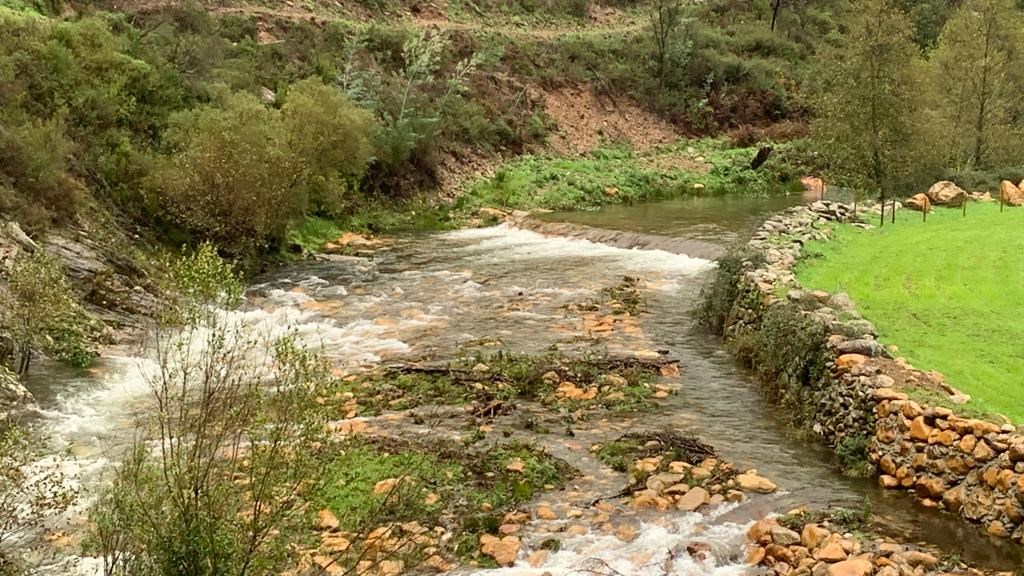 Under the project "Management of the Ceira River Basin in the face of climate change" the partner CIM-RC promoted a visit to the works with the presence of the Norwegian Ambassador in Portugal, Tove Bruvik Westberg, the president of APA, Nuno Lacasta, Susana Escária of the General Secretariat of Environment and the National Management Unit of EEA Grants.

The project, which represents an investment of 2.6 million euros by APA, FEUP, municipalities and CIM-RC and is supported by EEA Grants 2014-2021, covers the entire Ceira valley and the municipalities of Pampilhosa da Serra, Arganil, Góis and Lousã.

One of the main objectives of the project is to increase the resilience of the indigenous flora and fauna to climate change and the rehabilitation of the river infrastructure, in addition to improving its connectivity. The visit to the works took place on the territory of the municipalities of Arganil and Pampilhosa da Serra (Vale Pardieiro, Quinta da Mata, and Poço da Cesta) and included actions carried out, in progress, and to be carried out.

The activities visited operate within the scope of infrastructure rehabilitation and improvement of river connectivity, regeneration of the riparian gallery and containment of invasive species, increased resilience of flora and fauna and rehabilitation of socio-cultural infrastructures.

The vice-president of the Coimbra Region Intermunicipal Community Raul Almeida told Lusa news agency during a visit of the Norwegian ambassador to the intervention sites: "[It is a project that] has a very great importance, because new techniques were used, innovative techniques, namely in fixing the margins and the riparian galleries".

The project also contemplates: the creation of routes and visitation paths, the implementation of awareness actions aimed at water users, guidance on climate change adaptation measures at the basin and municipal level, and the development and implementation of protocols for dealing with disaster situations. A manual will also be created to implement best practices in river rehabilitation projects, the implementation of products and services that promote actions that enhance the river corridor, the regeneration of the riparian gallery, the containment of invasive exotic species, and the improvement of habitat heterogeneity and the ecological corridor.