Volunteers collect 1.35 tons of marine litter on the beaches of Esposende 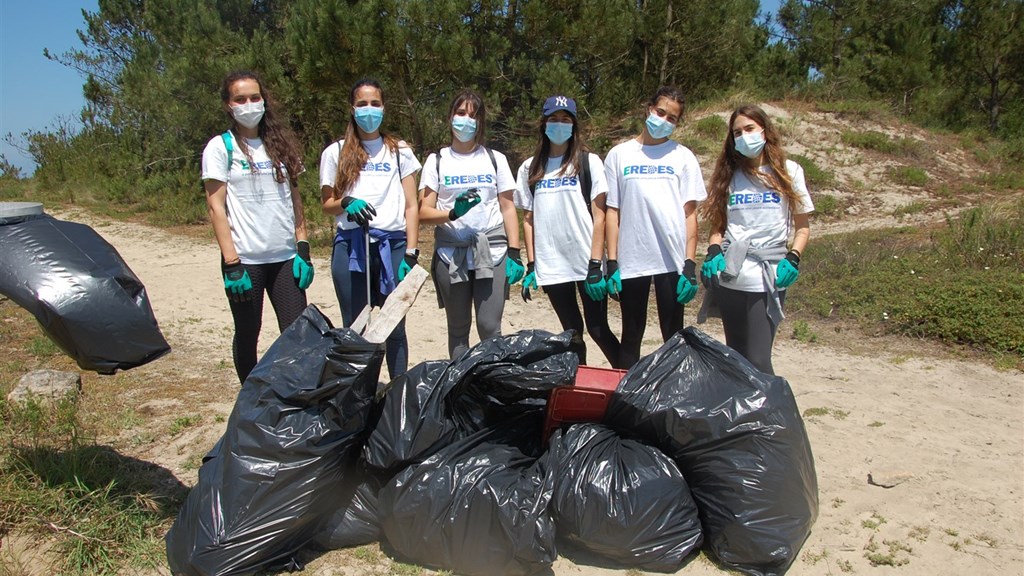 More than 150 volunteers collected around 1.35 tonnes of marine litter on the beaches and riverside areas of Esposende municipality, from the northern limit of the municipality, Foz do Rio Neiva, in Antas, to Ramalha beach, in Apúlia

Covering about 8 kilometers of beaches, dunes and riverside areas, half of the Esposende coastline, this cleanup volunteer action took place on May 29 and was carried out within the scope of the E-Redes project (approved under EEA Small Grants Scheme #1 – Projects for the prevention and awareness of marine litter reduction), constituting one of the many initiatives planned for Biodiversity Week 2021.

In addition to the Municipality of Esposende, the municipal company - Esposende Ambiente and Environmental Association - Rio Neiva, respectively promoter and partners of the E-Redes project, this action had the precious collaboration and/or participation of the Northern Littoral Natural Park, the parish board from the Union of Esposende, Marinhas and Gandra, the Marinhas Scouts Group, surf and kitesurf schools (Element Fish, GKS Clube, Salt Flow and Esposende Surf Team), Atlantic Diving Esposende, the civic association Mais Esposende, Zouri Shoes, the Municipality Workers Association (ADCRSME) and several volunteers who individually contributed to improving the quality of the municipality's beaches.

With this action, postponed twice in the last year due to COVID-19 pandemic, it was possible to collect litter ashored by the sea or “forgotten” by beach users as well as many fishing gears, contributing to preserve these habitats and significantly improve the image of these sites.

In addition to the general volunteers community, local schools have also been actively participating in cleanup actions taking place in beaches, dunes and riverside areas. On the 14th of May, cleaning actions took place in three areas of the municipality, with the participation of 87 volunteers from the Professional School of Esposende, Gemeses Basic School and students with special educational needs, which resulted in the collection of almost 300 kilos of litter. On the 24th of May, with the collaboration of students from the António Rodrigues Sampaio Basic School, another 170 kilos of litter were collected, between the beaches of Cepães and Suave Mar.

It is intended with these actions to alert the younger population to the problem of marine litter, reduce the impact of disposable plastics on the marine environment, contribute to the preservation of the habitats and create environmental awareness among residents.

During the initiatives, the COVID-19 prevention measures in place were taken into account, namely with regard to compliance with social distancing, hygiene, maximum number of elements per group and use of masks during the activity.

The E-Redes project is a pilot study promoted by the Municipality, in partnership with the municipal company Esposende Ambiente, the University of Minho and the Environmental Association - Rio Neiva, which aims at implementing a pilot study in the Marine Protected Area of the Northern Littoral Marine Park, were degradable gillnets and trammel nets will be provided to the fishing community in an unprecedented pilot test and where marine litter ashored is collected and monitored.