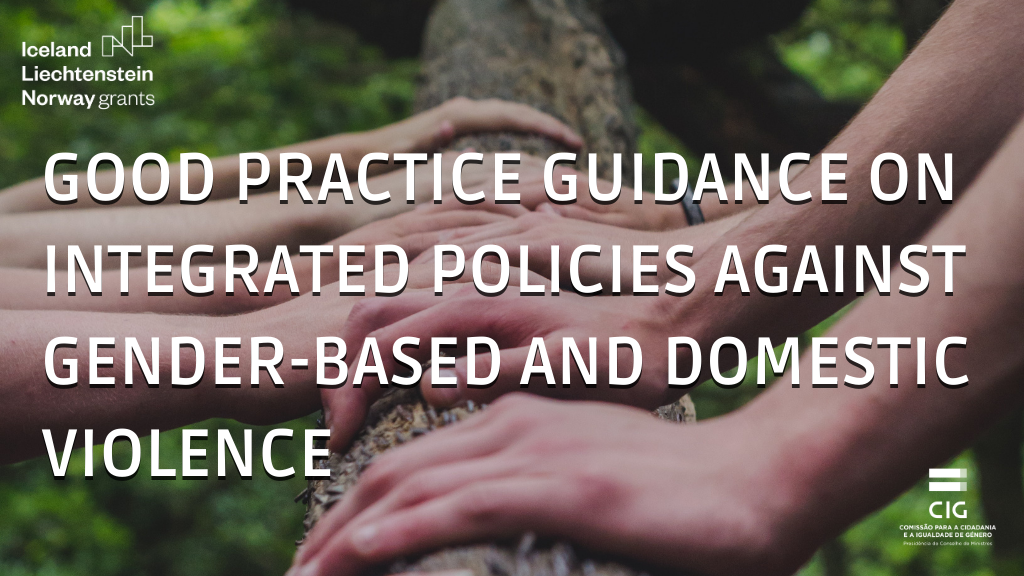 The Good Practice Guidance on Integrated Policies Against Gender-Based And Domestic Violence, funded by the EEA and Norway Grants, results from the bilateral cooperation between Romania and Norway, in collaboration with Portugal, through the Commission for Citizenship and Gender Equality (CIG).

In June 2019, in the framework of the Romanian Presidency of the Council of the European Union, the High-Level Conference "Towards a Europe free from violence against women and girls - the Istanbul convention creating a new horizon and paradigm change for all stakeholders!" was held in Bucharest.

This Conference, which aimed at sharing national experiences and discussing the potential of the ratification and implementation of the Istanbul Convention, was jointly organized by Romania, Norway, and Portugal in the context of the EEA Grants Financial Mechanism.

In the framework of this close cooperation between donor and beneficiary countries, a guide of good practices for the formulation of public policies was developed, involving the participation of several experts. The result of this study - which took place in 2019 and 2020 - has now been published in the Good Practice Guidance on Integrated Policies Against Gender-Based And Domestic Violence.

This Guide, funded by the EEA and Norway Grants, results from the bilateral cooperation between Romania and Norway, in collaboration with Portugal, through the Commission for Citizenship and Gender Equality (CIG).
This Guide identifies the needs, good practices, and trends that should be considered in the implementation of integrated national policies to prevent and combat domestic and gender-based violence in the three countries under analysis.
For this purpose, a multidimensional methodology combining:
- the content analysis of the current international treaties and standards on violence against women, with a special focus on the Istanbul Convention;
- the comparative analysis of the public policies of the three countries involved in the project
- the qualitative analysis, through interviews, with relevant experts from the three countries.
In this Guide, Portugal is identified as the country that, among the three, adopts a better gender-based approach in its national policy to combat gender-based violence and violence against women. It is mentioned that this shapes the national model designed to respond to gender violence and provide assistance to its victims.
It is also mentioned that Portugal has, like Romania, a comprehensive national strategy for equality and non-discrimination, which integrates clear, comprehensive, and gender-focused provisions related to violence against women.
Also of note are the national measures to prevent violence, namely the training of professionals in contact with victims of violence, the development of content addressed to students/teachers/families, and the training of teachers on topics such as equality and gender stereotypes and gender-based violence.
Despite the positive panorama in our country, the Guide points out several aspects to be improved in the strategies of the three countries under analysis, among which, the construction of a solid system of coordination mechanisms/tools at multiple levels: inter-institutional mechanisms at local, regional and national levels involving the different levels of administration.