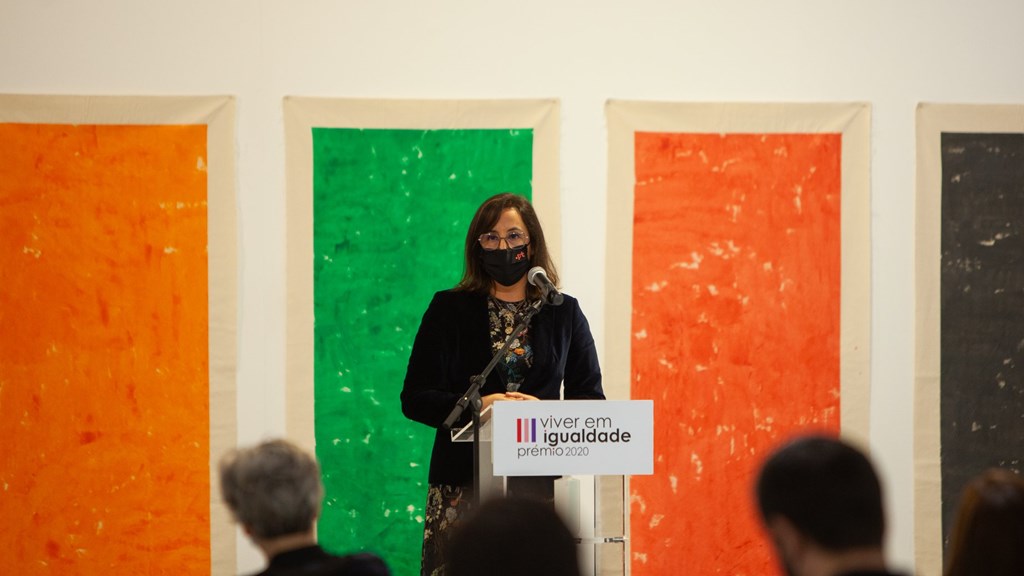 The 5th Edition of the “Living in Equality 2020-2021” Award took place last October 23 at the Centro de Arte Oliva, in S. João da Madeira, a nationwide initiative that distinguishes Municipalities with good practices in the integration of Gender Equality, Citizenship and Non-Discrimination.

The Cávado Intermunicipal Community (CIM Cávado) was present at the event, represented by Daniela Gomes, who presented the Cávado + Igual Project, funded by the EEA Grants, and whose objectives are centered on the assumption of a municipal and sub-regional commitment to the promotion of gender equality and balance of professional, personal and family life.

This project will be developed between October 2020 and August 2023 and integrates CIM Cávado as promoter and 6 Municipalities as partners (Amares, Barcelos, Braga, Esposende, Terras de Bouro and Amares), ISCTE and the organization KUN (donor countrypartner).
The Municipality of Barcelos was one of the fifteen municipalities distinguished in this ceremony with the “LIVING IN EQUALITY 2020-2021" Award, and was represented by Vice-President Armandina Saleiro. This session was attended by the Secretary of State for Citizenship and Equality, Rosa Monteiro.

The Cávado + Igual project is an Open Call#5 – Intervention projects to promote gender equality at local level, within the scope of the Work-life Balance Programme operated by CIG and funded by the EEA Grants.