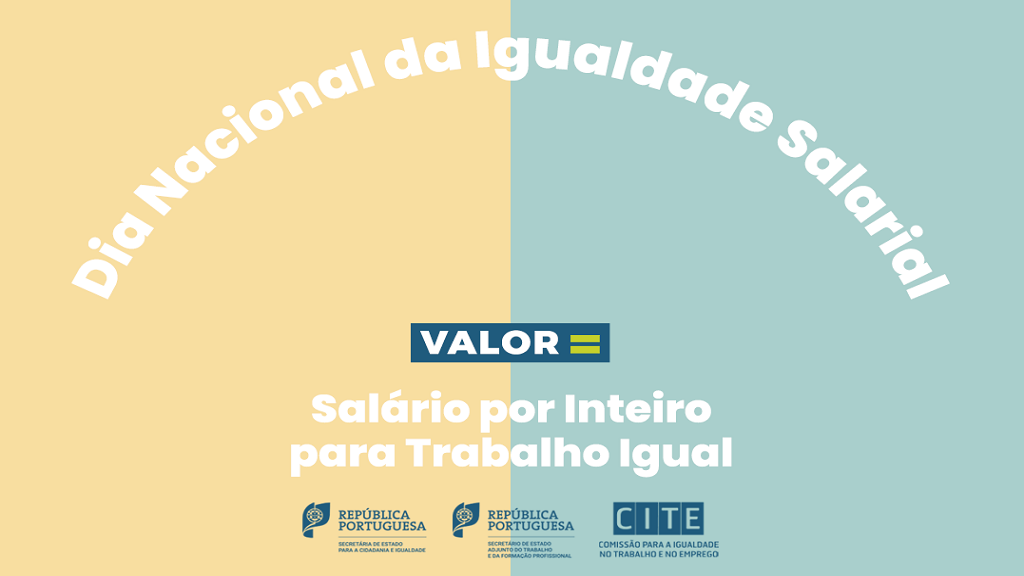 On 11 November 2021, to mark National Equal Pay Day, the Commission for Equality in Labour and Employment is organizing a Round Table on creating the Portuguese Standard for Equal Pay for Women and Men.

This Standard is being prepared by the Technical Commission for Equal Pay for Women and Men (CT 216), under the Equality Platform and Standard Project, funded by the Commission for Citizenship and Gender Equality, through the Work-life Balance Programme of the European Economic Area Financial Mechanism - EEA Grants 2014-2021.
The Government implemented this initiative as a measure of the National Strategy for Equality and Non-Discrimination - Portugal + Equal, inspired by the Icelandic Standard that was a pioneer in this field (ÍST 85:2012 - Equal Wage management System - Requirements and Guidance).

Starting in 2019, this project aims to develop mechanisms to combat gender inequalities in the labour market, namely pay inequality between women and men:

Elaboration of the Portuguese Standard - Management System for Equal Remuneration for Women and Men;
Construction of an online platform to monitor the implementation of public policies within the scope of the Agenda for Equality in the Labour Market and Companies.
The project's partner entities are the Portuguese Institute for Quality - IPQ, the Office for Strategy and Planning in the Ministry of Labour, Solidarity and Social Security - GEP/MTSSS, the Norwegian Equality, and Anti-discrimination Ombud - LDO, and the Directorate of Equality
(Jafnrettisstofa) from Iceland.
The event will take place at 10 am, in the CITEFORMA Auditorium, also with the live broadcast on CITE's digital channels (Facebook and Youtube), and will be attended by the Secretary of State for Citizenship and Equality, Rosa Monteiro, and the Assistant Secretary of State, Labour, and Vocational
Professional Training, Miguel Cabrita, as well as the participation of national and Icelandic experts.

Every year, to alert to the wage gap between women and men, the National Equal Pay Day is marked, on the day from which women virtually cease to be paid for their work, while men continue to receive their salary.

The gender pay gap in Portugal has been decreasing in recent years. According to the most recent data, the gap between men and women was 14% in 2019, corresponding to a loss of 51 days of paid work for women per year.

This year, to mark this day and, CITE will launch the campaign "Full Wage for Equal Work" which will be disseminated on CITE's communication channels, and to which some companies linked to large distribution, such as the Sonae Group (Modelo and Continente), Auchan and Mercadona, have joined.