The project on promoting gender equality will be presented on November 30 via zoom.

The project “Affection Workshop - Educating for Equality”, a project in the scope of prevention projects for children and young people and promoting non-violent masculinities, will be officially presented in a Public Presentation Session to be held next November 30 from 2:30 pm to 4:30 pm through the Zoom Platform, which will be attended by the Secretary of State for Citizenship and Equality, Rosa Monteiro. The project aims to implement an integrated, locally-based program, with a view to promoting relational skills based on the promotion of equality between women and men and a culture of affection, involving children, families and early childhood educators.

Registrations for the event can be made through the following link: https://forms.gle/Es48noHA85kSX1LV9 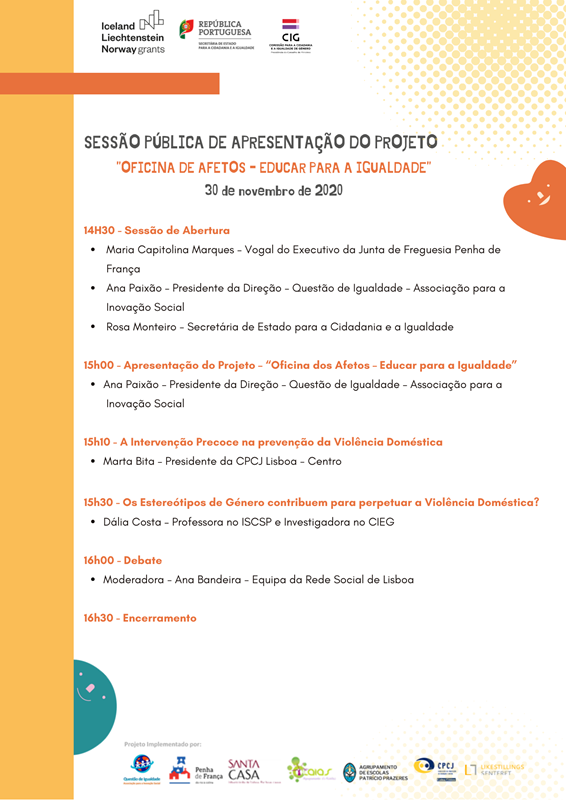