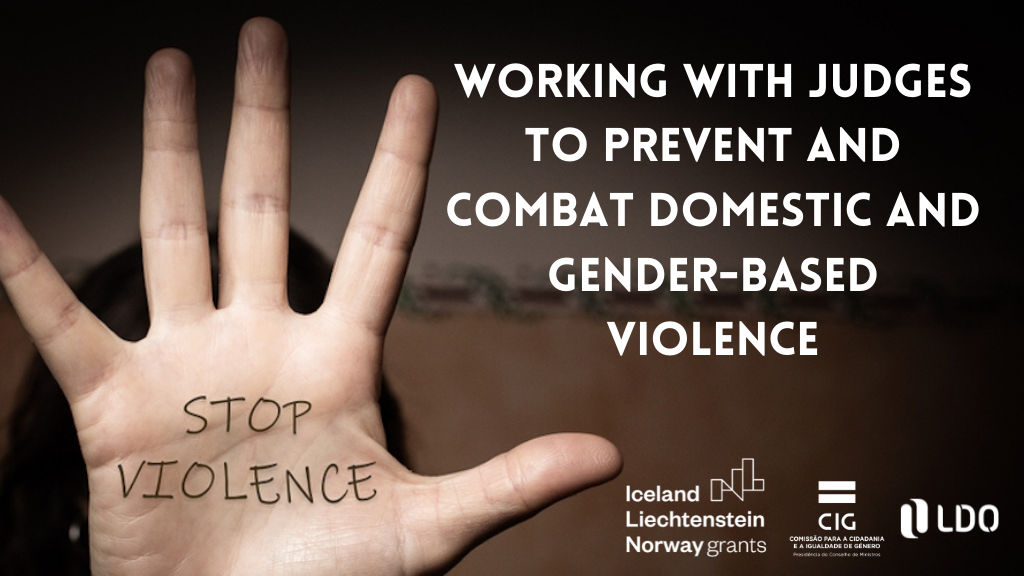 On January 27th and 28th, the Commission for Citizenship and Gender Equality promoted, in partnership with the Norwegian Equality and Anti-discrimination Ombud (LDO), the Working with Judges to prevent and combat domestic and gender-based violence online workshop.

This action allowed portuguese and nowergian first instance courts Judges to debate about judicial practices in both countries, regarding the domestic and genderbased violence processes and on the use of international instruments for decision making, allowing these professionals to debate and reflect upon each other practices and procedures regarding domestic and gender based violence cases and the best practices in consulting and implementing international instruments, including the Istanbul Convention and the Convention on the Elimination of All Forms of Discrimination Against Women.

The functioning of the justice system, especially of criminal justice, is absolutely central to ensure that these behaviours and attitudes inherents in the exercise of violence are properly punished, contributing to a culture of perpetrators responsibility and for the reduction of social tolerance to these types of violence.