An important milestone for the Atlantic Observatory project beginning 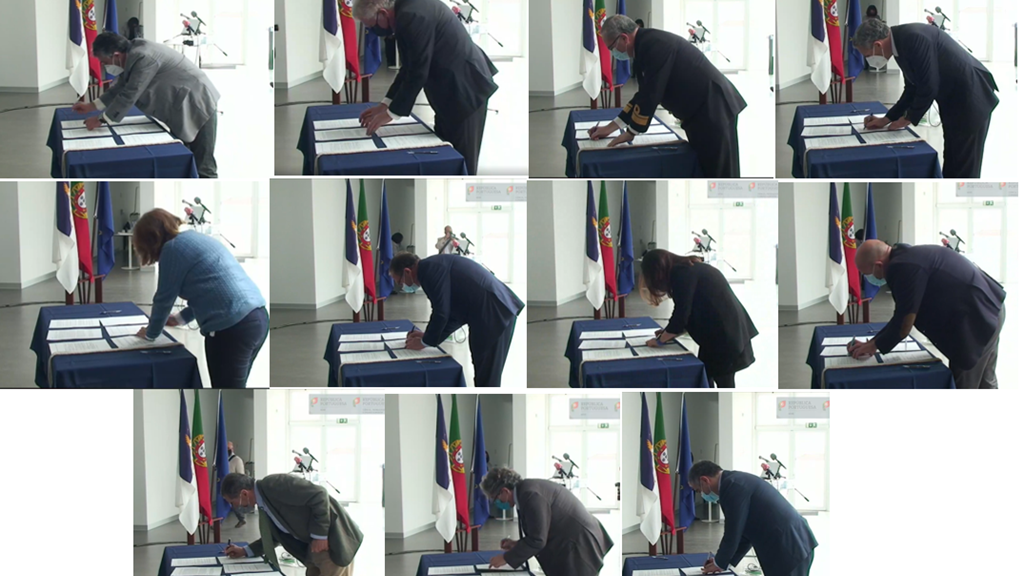 On April 10th, the public presentation session of the Pre-Defined Project "Atlantic Observatory – Data Infrastructure and Monitoring" funded by the Blue Growth Program of the EEA Grants took place on the island of Faial, Azores, during the event "Atlantic Observatory - New Developments and Future Prospects".

Representatives of eight institutions signed the Memorandum of Understanding aiming to establish a consortium that will manage this integrated and efficient system for oceanographic observation to support research and monitoring of the Atlantic Ocean:

Attending this signature moment were the Minister of Science, Technology and Higher Education, Manuel Heitor, the Minister of the Sea, Ricardo Serrão Santos and the President of the Regional Government of the Azores, José Manuel Cabral Dias Bolieiro.

The Minister of the Sea, Ricardo Serrão Santos, recognized the importance of this milestone in the Azores, reinforcing that "common objectives and collaborations between the parties are in fact fundamental factors for a better knowledge of the ocean and for the promotion of the blue economy." This view was also shared by the Minister of Science, Technology and Higher Education, Manuel Heitor, who mentioned the different objectives among the partners considering "that the time of this signature is particularly appropriate" taking into account the European pluriannual funding framework that will begin.

Watch the video of the session.