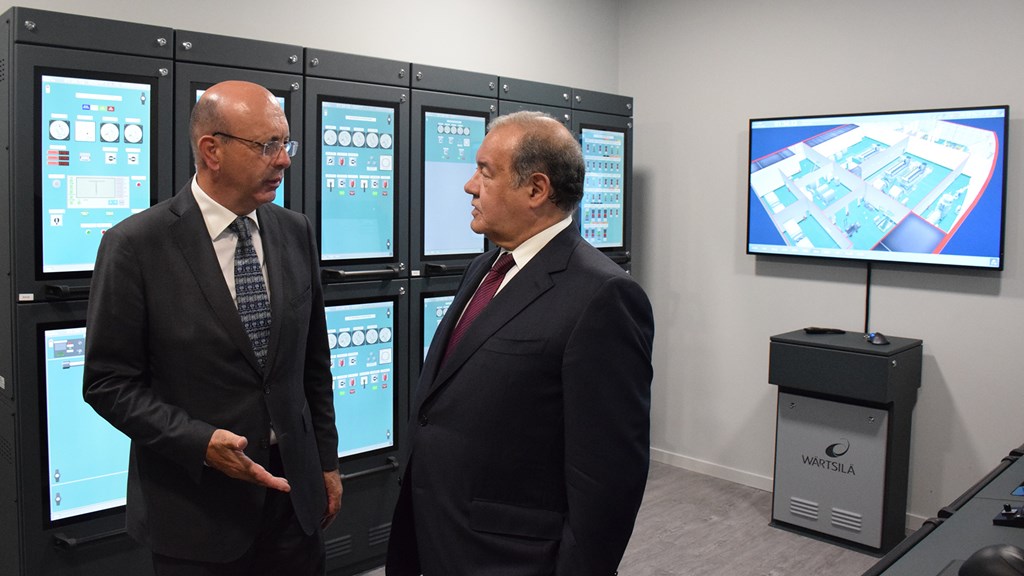 On July 25th, there was a public inauguration ceremony for the new maritime simulators of the Escola Superior Náutica Infante D. Henrique (ENIDH), acquired under the MARineSIM project, with funding from the Blue Growth Program of the EEA GRANTS.

In addition to the presence of the Minister of the Economy and Maritime Affairs, António Costa Silva, the opening ceremony was also attended by the President of the General Council of ENIDH, Rui Raposo; of the President of ENIDH, Prof. Luis Baptista; the Deputy Coordinator of the National Management Unit of the EEA GRANTS, Maria Mineiro; the Director of Programming Services at DGPM, Sandra Silva; and the Chargé d'Affaires of the Norwegian Embassy in Portugal, Ellen Aabø.

MARineSIM is a project that consists of the acquisition of modern and advanced maritime simulators, which will reinforce the training capacity of ENIDH, of officers for the national and international merchant marine, financed under the Blue Growth Program EEA Grants 2014-2021.

See the photo gallery of the event