Portugal, Norway and Iceland together at the launch of the “Atlantic Observatory” Project 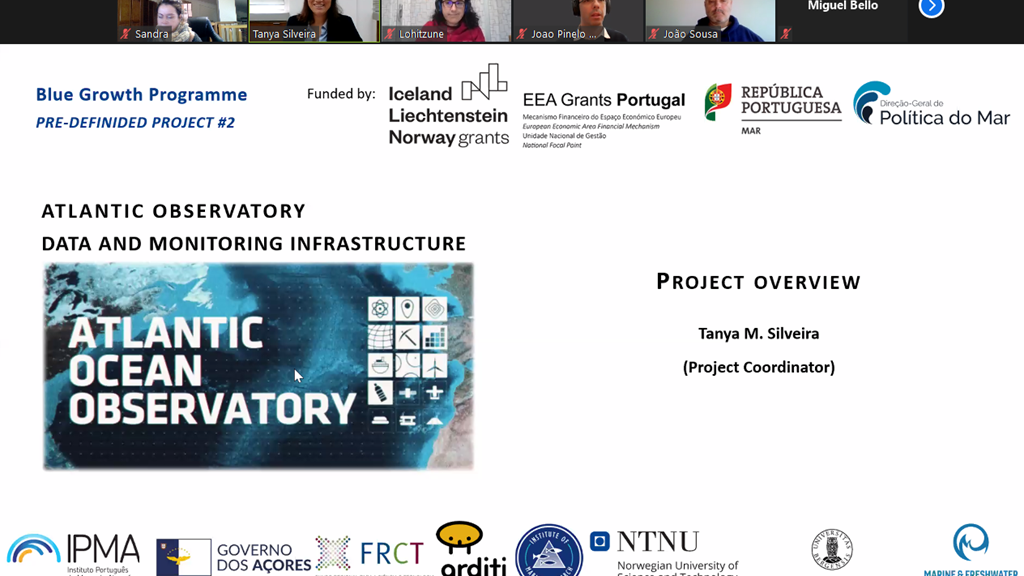 The Kick-Off Meeting of the Atlantic Observatory Project took place on December the 11th.

The “Atlantic Observatory - Data and Monitoring Infrastructure”, is a pre-defined project of the “Blue Growth” Programme of the EEA Grants 2014-2021, which provides the creation of an infrastructure for the acquisition, aggregation and dissemination of oceanographic data that supports research and monitoring of the Atlantic Ocean, in a logic of sustainable management of marine resources.

This is a pre-defined project of the Blue Growth Programme managed by the Directorate-General for Maritime Policy and promoted by the Portuguese Institute for the Ocean and Atmosphere, a government entity that promotes and coordinates scientific research, technological development, innovation and the provision of services in the field of the sea and the atmosphere. The Project has a relevant partnership with national entities, including the Regional Fund for Science and Technology, which aims to promote R & D + I in the Scientific and Technological System of the Azores, ARDITI, an agency that promotes support for research and development in the Autonomous Region of Madeira and the Madeira Ocean Observatory, a partner who’s mission is to create a common platform for permanent ocean monitoring.

The “Atlantic Observatory - Data and Monitoring Infrastructure” project also has the partnership of recognized international entities from the Donor States, in the area of ​​science and technology, such as, the Institute for Marine Research, the Norwegian University of Science and Technology, the University of Bergen of Norway and Iceland's Marine & Freshwater Research Institute, which will join forces to make this project a success!