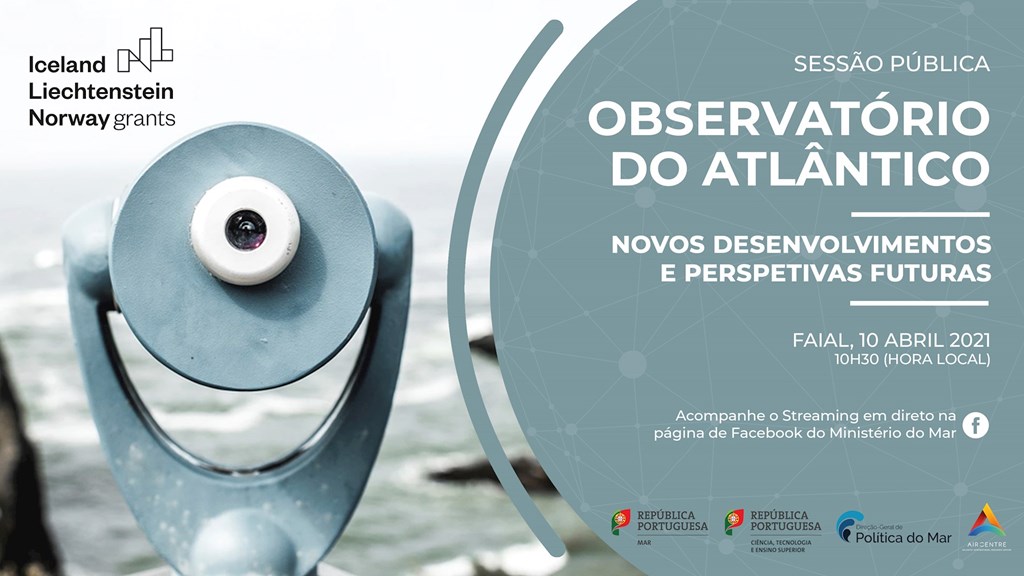 On April 9th and 10th, 2021, the event "Atlantic Observatory - New Developments and Future Prospects" will take place in the Azores.

Escola do Mar dos Açores will host, on the 10th, at 10h30 am, the public presentation of the pre-defined project "Atlantic Observatory – Data Infrastructure and Monitoring" of the Blue Growth Programme (EEA Grants 2014-2021).  This project foresees the creation and operationalization of an integrated and efficient oceanographic observation system that supports research and monitoring of the Atlantic Ocean and works as a portal for data access, information and services associated with the Atlantic basin, aiming at the protection, research, monitoring and socio-economic exploitation of Atlantic maritime areas.

The session will gather the following guest panel:

Following this presentation, it will be signed the Memorandum of Understanding for the establishment of a "Consortium of the Atlantic Observatory" among the partners:

This moment will be attended by the Minister of Science, Technology and Higher Education, Manuel Heitor, the Minister of the Sea, Ricardo Serrão Santos and the President of the Regional Government of the Azores, José Manuel Cabral Dias Bolieiro.