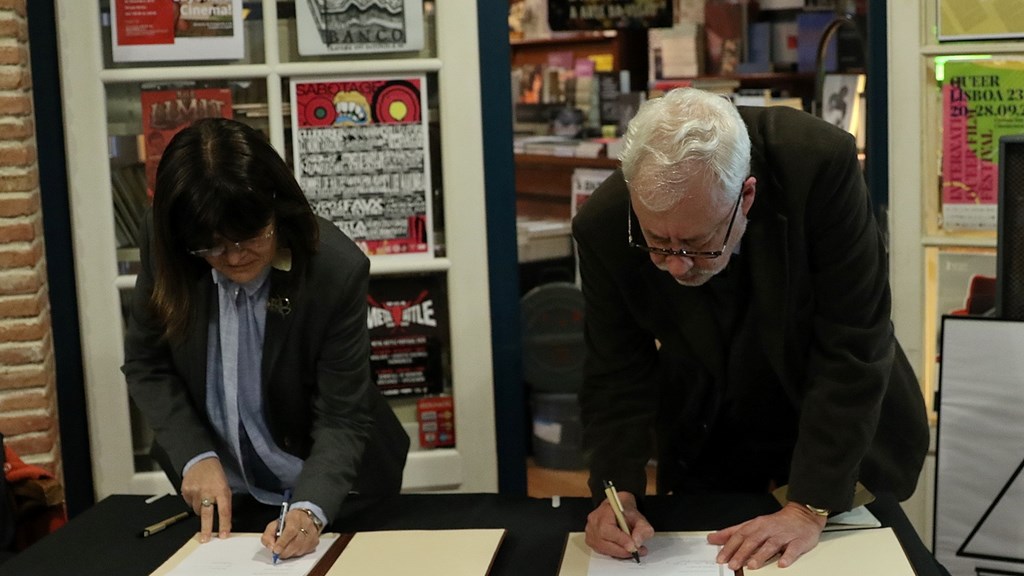 On February 4th the Culture Programme sign the financing contract for the project "FILMar - Digitization of Film Heritage".

“FILMar” is a project developed and promoted by Cinemateca Portuguesa, that will promote the digitization of national films related with the sea, which are currently inactive in the Arquivo Nacional de Imagens em Movimento (ANIM).

The grant of € 881,250, to be used over the next four years, "will allow the acquisition of new digitalization equipment, strengthen human resources by hiring new employees and disseminate this important national heritage" as explained by the Minister of Culture, Graça Fonseca, during the ceremony.

With this project, Cinemateca intends to contribute to the preservation of a large number of films, in different supports and analog formats, and to its wide dissemination at local and national levels. The decentralization of film programming, for diversified audiences, will thus reinforce the understanding of local traditions and the perception of Portuguese maritime history as a national identity.

The Norwegian Film Institute and the National Library of Norway assure the international component of this project through bilateral cooperation, sharing methodologies and knowledge, and the creation of a cinematographic retrospective, to be shown in Portugal and Norway, related to the different Sea traditions and their territories.

In long term, the "FILMar" project aims to raise awareness to the civil society on the Portuguese cinema quality and its importance, as a knowledge platform in the relationship between Man and the Sea.

Directorate-General for Cultural Heritage, as Programme Operator, supports this project that will be a success in the valorization of Portuguese Culture.

See here are some moments of the public contract signing ceremony.