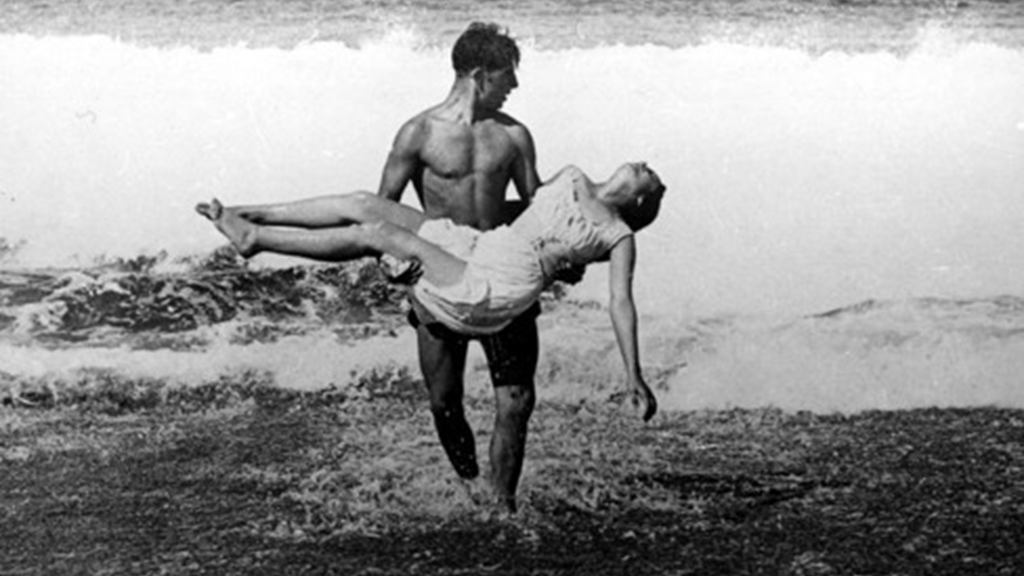 On 20th November the film Maria do Mar will open the new edition of Porto Post Doc.

From September onward, FILMar Project will have an online continuity on the platforms of Cinemateca Portuguesa – Museu do Cinema. But the core of its activity will be the public screenings of the restored films that enhance the sea related heritage. Throughout the project, and until 2024, Portuguese films will be presented to the communities, in a gesture of repossessing of their history.

After a first presentation at São Luiz Municipal Theatre, Cinemateca joins forces with Teatro Municipal do Porto, to present, as the opening film of the new edition of Porto Post Doc, Oporto’s film festival on Cinema of the Real, the new copy of Maria do mar, by Leitão de Barros, with an original score by Bernardo Sassetti, commissioned by Cinemateca in 1999.

It was at the main stage of Rivoli that Bernardo Sassetti presented, the year after, his original score, and it is to that precious place that the newly restored digital copy will be presented, with live performance by Sinfonietta de Lisboa, conducted by Vasco Pearce de Azevedo, and in partnership with Casa Bernardo Sassetti.