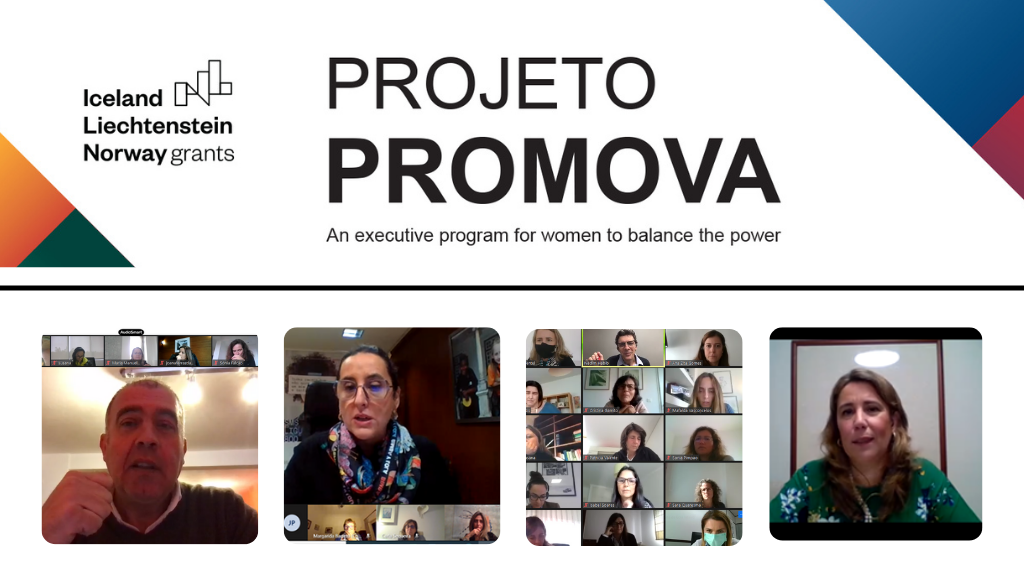 To promote gender equality in access to senior management positions, the Promova Project, developed under the Work-life Balance Program, financed by EEA Grants and managed by the CIG, has developed an executive training program for women, which includes four training modules.

The first two modules of the training program took place in July and September 2020 at the Nova SBE. Due to the situation of a pandemic in Portugal, the third module took place online in November.

The fourth, and final training module of Promova, which is running online, has been divided into two parts:

The project team highlights that the training held had an "incredibly positive feedback from the participants" and hopes "that the pandemic picture will improve so that the next formative moment can end the same way it started - in the New SBE and all together!

Parallel to the formation program, several online networking activities, the Promova Talks, were carried out.

In these conversations, Isabel Barros, from the Board of Directors of Sonae MC, Paula Panarra, Managing Director of Microsoft in Portugal; Ana Torres, Vice President of Pfizer and President of PWN in Portugal, Rosa Monteiro, Secretary of State for Citizenship and Equality, shared with the participants of the project their experiences, challenges and learning throughout their careers.
At the end of February, the last part of the Promova Project, the Mentoría Cruzada, begins. This phase integrates: